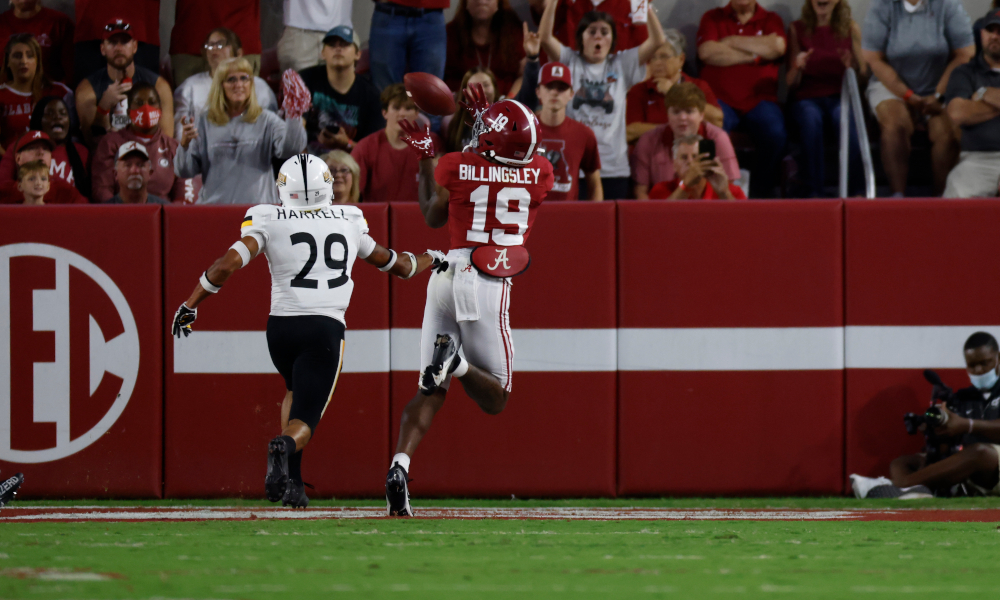 Could Jahleel Billingsley end up with Steve Sarkisian?

Four days after entering the NCAA transfer portal, Billingsley took an official visit to Texas. As a native of Chicago, Ill., he arrived at the University of Alabama as a four-star tight end in the 2019 class. He produced a good season in 2020 with 18 catches for 287 receiving yards and three touchdowns. People expected Billingsley to dominate in 2021, but he took a step back in production.

He caught 17 passes for 256 yards and three scores, but Billingsley was expected to do more.

Coach Sarkisian helped him become a playmaker in 2020 as Billingsley assisted Alabama to have one of the most explosive offenses in college football. Jeff Banks is the assistant head coach, tight ends coach, and special teams coordinator for the Longhorns. He recruited Billingsley in 2019 to the Crimson Tide. Banks could have some big plans in store for Billingsley.

Alabama’s second game of the 2022 season is a trip to Austin to face Texas.

A chance for Billingsley to have success against his former team would be in order if he chooses the ‘Horns.