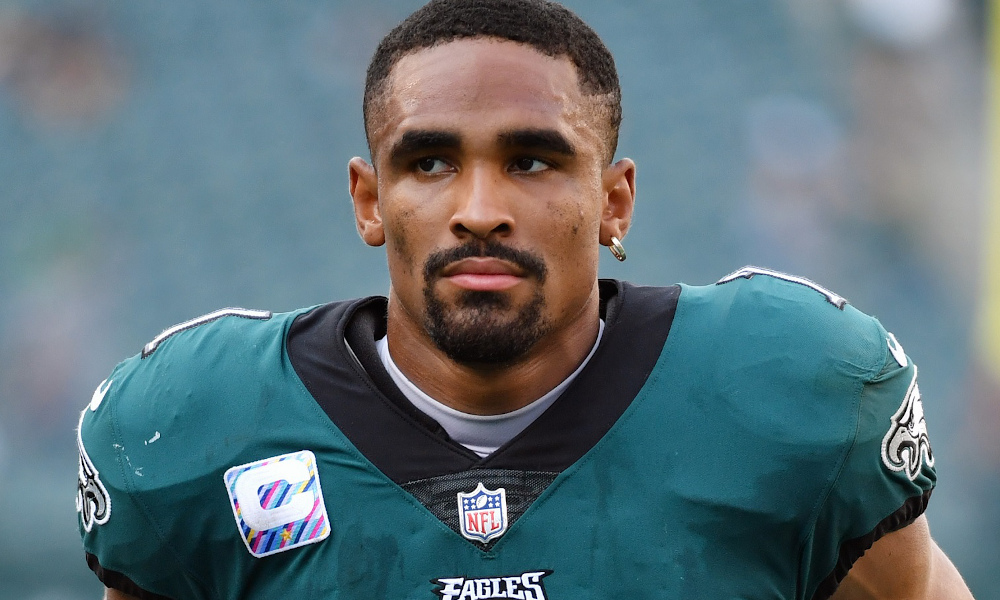 Jalen Hurts entered his postgame presser in a walking boot after the Eagles loss to the Buccaneers in Sunday’s Wild Card matchup.

He did not have his best performance, but Hurts showed much leadership after the game.

He owned up to his mistakes but Hurts told reporters the loss will not define the Eagles. The second-year quarterback completed 23 of 42 passes for 258 yards with one touchdown and two interceptions. Hurts is growing as a passer, but he has some things to clean up. After suffering a 15-31 to Tom Brady and Tampa Bay, Eagle fans and the NFL world reacted to Hurts’ performance on social media.

Jalen Hurts played hurt. Not his best game but he’s quite a leader by example at the young age of 23. He said “This game does not define us. We will be back. This is a feeling that will simmer in our hearts” #FlyEaglesFly pic.twitter.com/E4A4HulKEj

#Eagles Jordan Mailata on Jalen Hurts: “I want to follow that dude. He wants to fix his mistakes. When I see my captain doing that, I want to do the same thing.”

Hurts led the Eagles back to the playoffs after it missed the postseason in 2020.