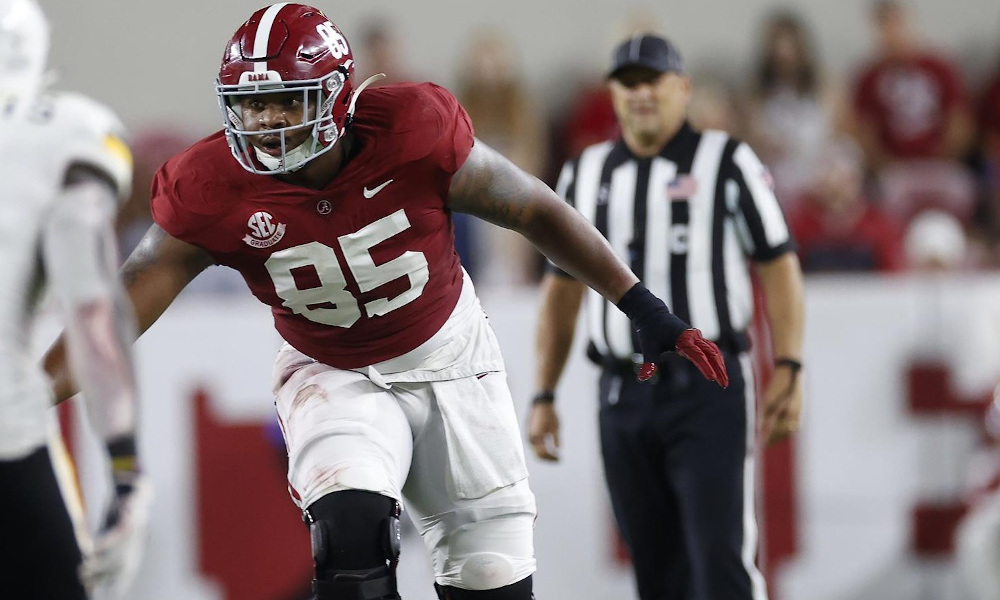 Alabama is returning another veteran offensive presence for Bryce Young.

Kendall Randolph announced on his Instagram that he’s coming back to school for his sixth year.

He arrived in the 2017 recruiting class as a four-star offensive lineman.

As a native of Madison, Ala., Randolph has served as a lineman and a tight end for the Crimson Tide in his career. He won two CFP National Championships (2017, 2020) and three SEC Championships (2018, 2020, 2021) in Tuscaloosa. Randolph is back as a blocking tight end with Cameron Latu. He joins Emil Ekiyor as the second lineman to return to Alabama for the 2022 season.