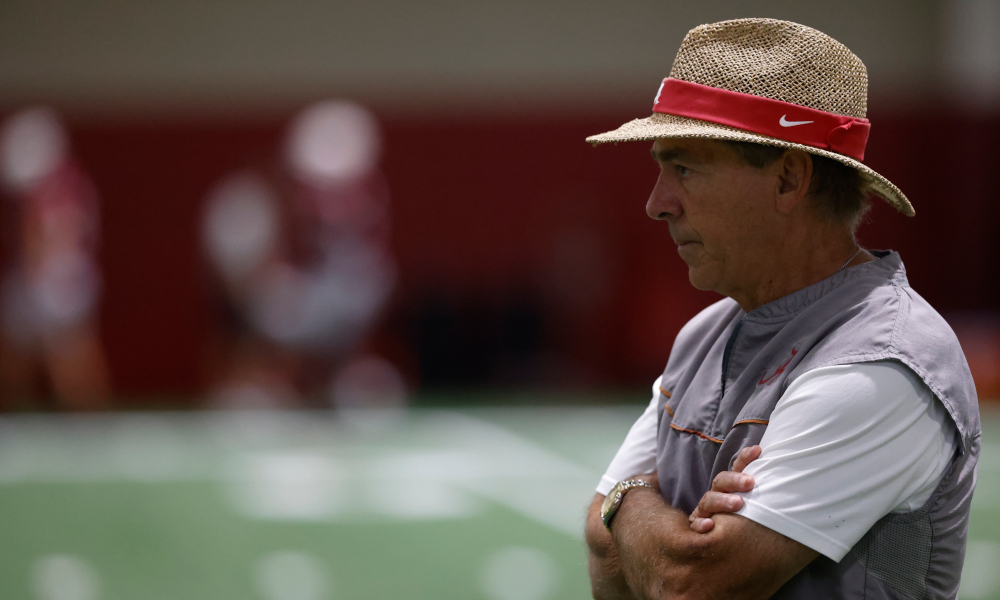 A number of major figures in the world of sports co-signed a letter sent to West Virginia senator Joe Manchin in support of the passage of the “Freedom to Vote Act” through U.S. congress.

One of those figures was Alabama head coach Nick Saban who is a longtime friend of Manchin.

Several sports leaders with West Virginia ties, including Nick Saban & Jerry West, have penned a letter to Sen. Manchin in support of voting rights legislation. Saban & West are both friends of Manchin and appeared in a campaign ad for him. PDF: https://t.co/2E8NIBUqst

The bill that’s combined with the “John Lewis Voting Rights Advancement Act,” which the five men hope to be passed would expand voter registration and voting access while limiting the removal of voters from the voter roll.

On Tuesday, it was reported by CNN that Saban asked to include a footnote to the letter which was not included in the version of the letter released.

“Coach Saban is not in favor of getting rid of the filibuster in the Senate. He believes this will destroy the checks and balances we must have in this Democracy. The others signing this letter take no position on this aspect on Senate policies.”

Saban, a West Virginia native, has rarely dabbled in any form of politics in his time at Alabama as fans have had mixed reactions to his support of the bill.

A few social media reactions can be seen below:

SAD when coaches and athletes get involved in politics, especially when they are on the wrong side. My opinion of Saban just went in the tank

Are players and coaches not citizens? It’s their constitutional right (and duty) to be involved in politics, just like everyone else.

I love our coach!

We dont care what Nick thinks

Coach Saban is truly a real one https://t.co/qyQCWc9ro3

The second time Coach Saban has broken my heart in a week https://t.co/h2Ol5BxsZS

This man truly is the 🐐 on and off the field #RollTide https://t.co/GkR46jGNIH