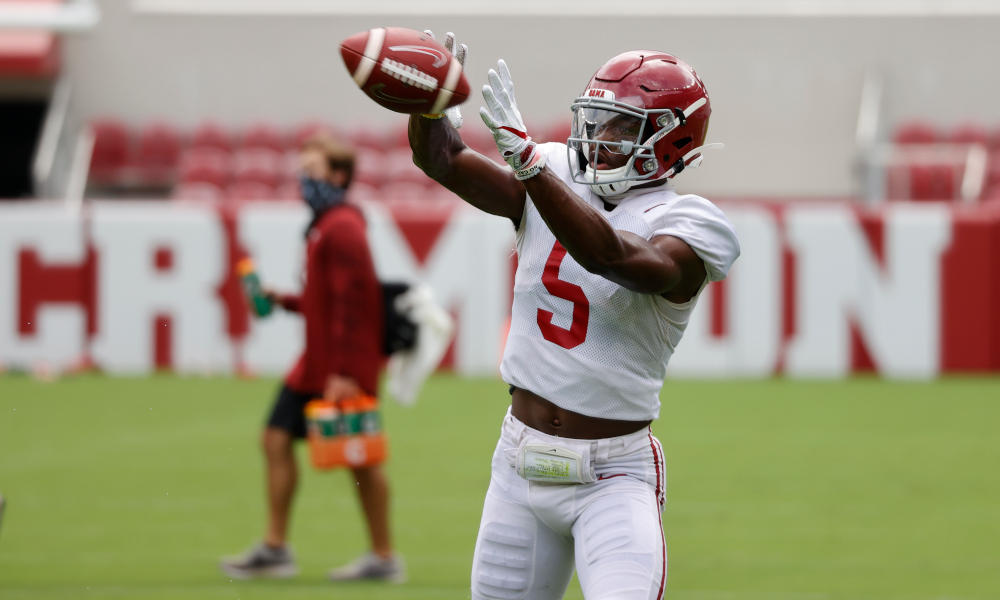 Alabama will see another former player stay within the SEC. Following linebacker Drew Sanders announcing that he’ll be heading to SEC West opponent Arkansas, wide receiver Javon Baker will be jumping over to the SEC East.

Baker announced on his social media that he will transfer to Kentucky after entering the NCAA transfer portal last week.

“Thank you to everybody who believed in me and guided me thru this process,” Baker said his statement, “lets show the world what they haven’t seen yet (for) sure.”

Baker, a sophomore, arrived at Alabama in the 2020 recruiting cycle out of Powder Springs, GA. He was rated as a four-star recruit from Touchdown Alabama’s own independent recruiting rankings.

In his two seasons with the Crimson Tide, Baker appeared in a total of 21 games with 12 coming during the 2021 season mainly serving in a reserve receiver role and a special teams player. Baker caught just seven passes for 101 yards and a touchdown during his final season at Alabama.