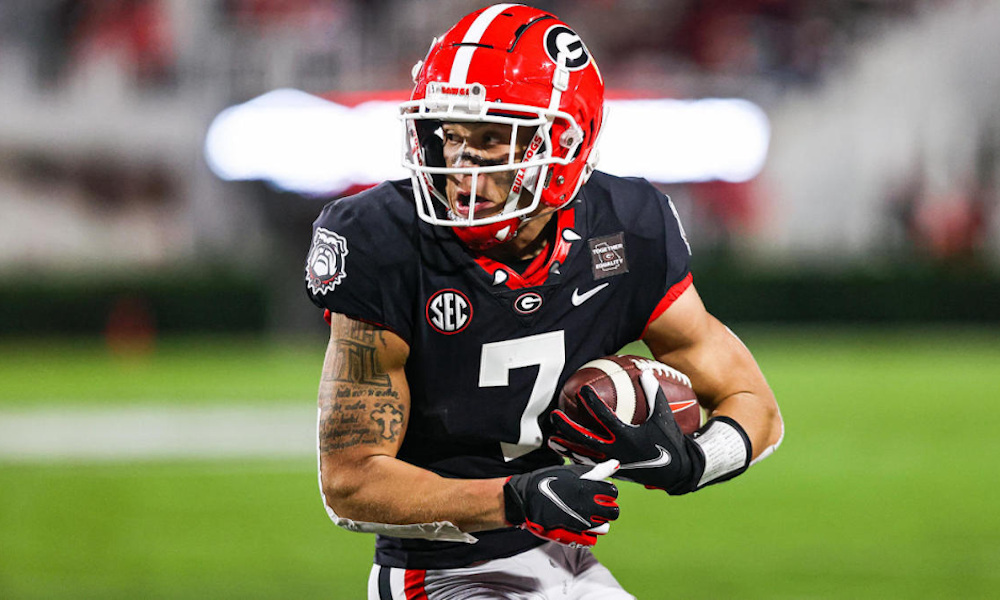 The University of Alabama is a place where wide receivers thrive.

Nick Saban recruited some of the best, including Julio Jones, Amari Cooper, Calvin Ridley, Jerry Jeudy, Henry Ruggs III, DeVonta Smith, Jaylen Waddle, and John Metchie. The Crimson Tide pulled three players from the transfer portal – Richard Mullaney, Gehrig Dieter, and Jameson Williams – and made them successful. Williams grew from a secondary option at Ohio State to the most explosive receiver in college football last year. He caught 79 passes for 1,572 yards and 15 touchdowns.

Williams will be a first-round pick in the NFL Draft. He had one of the best single-season performances in school history.

Jermaine Burton, a California native, visited the Tide over the weekend. The 6-foot-2, 200-pounder spent two seasons with the Georgia Bulldogs, helping the team win its first national championship last year since 1980.

He totaled 53 receptions for 901 yards and eight touchdowns in his tenure.

Burton finished second in receiving for 2021 with 26 catches for 497 yards and five scores.

He was involved offensively in both matchups between Alabama and the Bulldogs. Burton had five catches for 64 yards receiving against the Tide. He has a good relationship with Alabama wide receiver Traeshon Holden, as both represent “Defensive Back Assassins or DBA from California.

He is not the speed demon of Williams, but Burton possesses SEC experience, routes, size, hands, and good speed.

Saban likes to recruit players from the portal with a lot of game experience. He did it with Landon Dickerson, Henry To’oto’o, Jameson Williams, and Burton. Crimson Tide fans are about to witness some excitement coming up in the spring.

It will be interesting to see how Burton fits into the offense. He could start at “X” or “Z” for Alabama, especially with Christian Leary, JoJo Earle, and some freshmen battling for the starting job in the slot. Bryce Young, the 2021 Heisman Trophy winner, also hails from California. He and Burton could already have a connection.

Alabama saw the growth of Holden, Leary, Earle, Ja’Corey Brooks, and Agiye Hall at points last year, but Saban could not pass up adding a veteran.

The wide receiver gets another player in the competition.