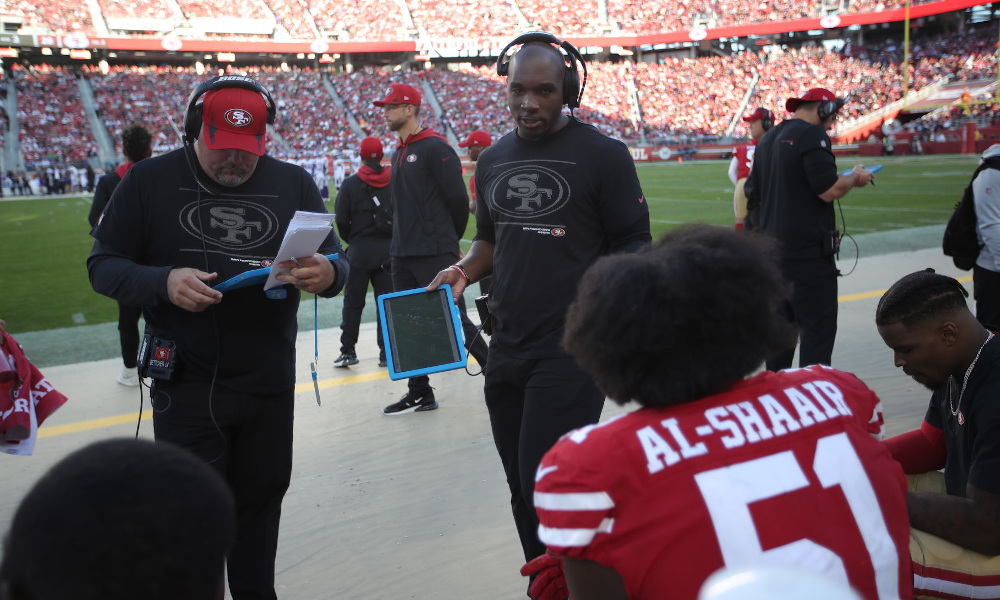 Whenever jobs become open in the NFL there is usually a shortlist of hot or trendy names which every team grapples for. But this offseason has been a bit unusual thus far, for with just a few weeks to go until the league crowns its champion and draft prep around the corner, all eight head coaching vacancies remain unfilled.

Part of this could be there is no young up-and-coming offensive mind that’s captivated the league’s front offices. Teams won’t be finding its next Kyle Shannahan or Sean McVay in this go-around that has created a long list of names up for contention for each job.

But maybe the prime candidate isn’t calling plays for a high-flying offense, but a gritty and stout defense who just set the league on notice in the NFC Divisional Round over the weekend.

The man alluded to is San Francisco 49ers defensive coordinator DeMeco Ryans. Last Sunday on a freezing night at Lambeau Field, Ryans and his unit rose to the challenge against the top-seeded Green Bay Packers and Aaron Rodgers holding the expected league MVP to just 10 points while sending it home for the winter.

During the 13-10 win, Ryans was masterful with his play-calling holding the Packers to just 263 yards of total offense and 3.4 yards per carry. His talents were put on display the previous week as well during the team’s other upset road victory over the Dallas Cowboys who were held to just 17 points during the game.

In this cycle of potential coaching hires, it can be easy to get caught up in recency bias, but Ryans’ dominance in the league has been a year-long affair. After taking over for Robert Saleh, Ryans hasn’t missed a beat during his first season as the defensive coordinator.

The Niners finished the season ranked third in the NFL in total defense which actually turned out to be an improvement from last season’s unit that finished fifth in the league. It may sound like splitting hairs, but when his unit plays in a division that now has Russell Wilson, Mathew Stafford and Kyler Murray it’s impressive nonetheless.

On top of his performance, the 37-year-old has been an exceptional leader dating back to his days playing at the University of Alabama and later on into his decade-long stint as an NFL linebacker.

With the Niners now positioned in the NFC Championship Game, Ryans’ phone has already begun to ring as the Minnesota Vikings conducted an interview with him for its head coaching vacancy.

If his performance has shown anything it won’t be the last call.