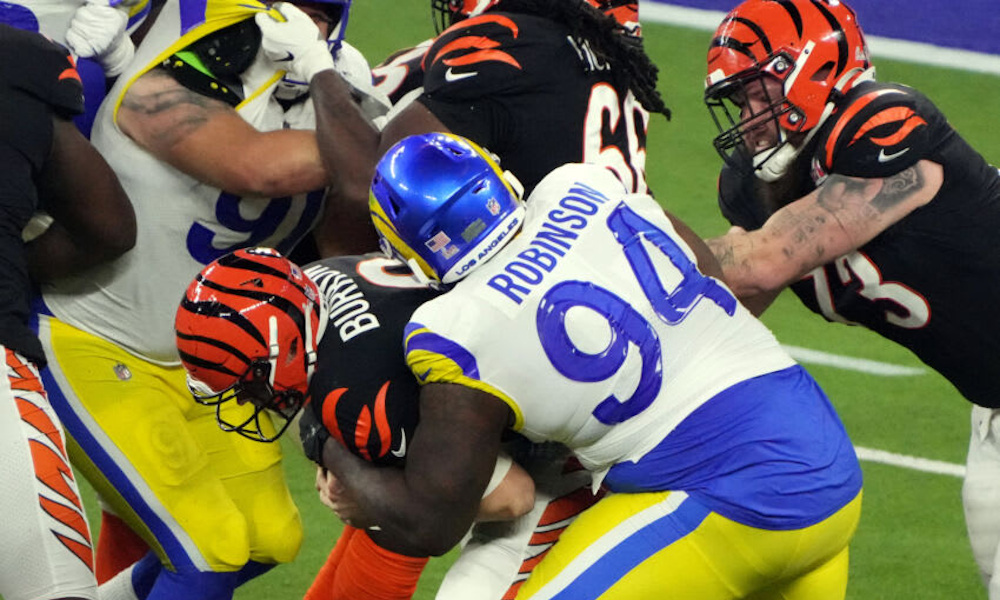 Nick Saban has coached 15 players for the Crimson Tide that have at least one Super Bowl ring.

The Los Angeles Rams earned a 23-20 victory over the Cincinnati Bengals at SoFi Stadium, capturing an NFL title.

And I am sure of this, that He who began a good work in you will bring it to completion! pic.twitter.com/Lwj4hgVKBG

Lewis (inactive) did not play in the game.

Robinson was a force at Arlington (Texas) Heights High School and brought the dominance to Alabama in 2013. He produced an exceptional collegiate career, including two SEC Champions and one national championship, and was a second-round pick in the 2016 NFL Draft. He spent four seasons (2016-19) with the Detroit Lions, but things turned around for Robinson in Los Angeles.

He arrived in 2020, but the fearsome defensive tackle had his best moments in the 2021 regular season. He assisted a vicious Rams defense to the playoffs and came up huge in Sunday’s game versus the Bengals. Robinson disrupted Cincinnati’s flow in the run game when he entered. Joe Mixon could not establish room when Robinson lined up in the middle on defense.

Aaron Donald and Von Miller are incredible players, but Robinson’s stamp was on the game. He finished with six tackles (five solo stops), one tackle for loss, one sack, and one quarterback hit. Robinson joins Jesse Williams as the second defensive lineman from the Saban era at Alabama to win a Super Bowl. Williams captured one with the Seattle Seahawks in the 2013 season.