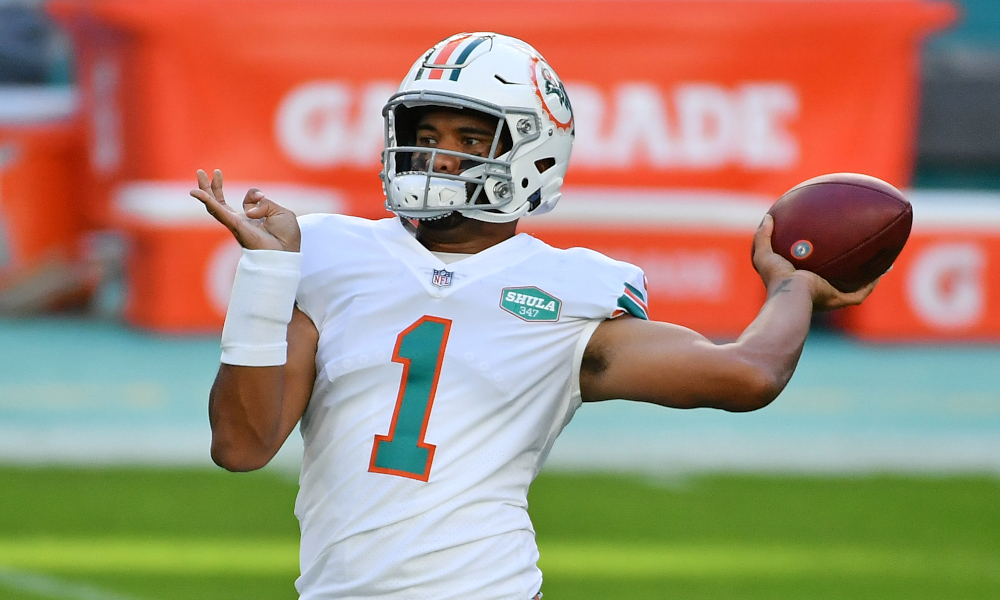 After the conclusion of the Dophins 2021 season, Tua Tagovailoa’s future was quite uncertain. After a year where he once again dealt with injuries and inconsistent play questions were beginning to be asked about what his future would be in Miami.

To add to the instability, the Dolphins fired head coach Brian Flores after two seasons which has only made several headlines in its own right for a multitude of reasons.

But last week the Dolphins announced the hiring of San Francisco 49ers offensive coordinator Mike McDaniel who had helped quarterback Jimmy Garroppolo conduct the offense to the NFC Championship game this past year. McDaniel previously stated that one of the aspects of the Dolphins which drew him to the job was the opportunity to work with Tagovailoa.

“I am going to maximize what Tua can do best,” Schrager said paraphrasing McDaniel. “I’m not going to think Tua is going to hold us back.”

“I spoke to Mike McDaniel this weekend. Every QB he’s ever worked with has had his best season of his career with him on staff. He’s bullish on Tua and is excited to maximize what he does best.” — @PSchrags pic.twitter.com/EV4Cy2nZ5K

McDaniel also spoke with Tagovailoa directly on Tuesday in a video released by the Dolphins proving that he has full faith in the southpaw.

“My job is to coach you, to get all of that greatness out of you”

“We’re going to have an extensive professional relationship, my man,” McDaniel said to Tagovailoa. “One thing I know about you is you have the ambition to be great. My job is to coach you, to get all that greatness out of you. And it’s going to be fun, man.

“It’s going to be work, but I know you’re not afraid of that. So this is an awesome day for me and I’m damn sure going to make sure that when you look back on this day, you’re going to be like, ‘Damn, that was was of the best days of my career,’ too. OK? But I’ll earn that from you. You got me.?”

Last season Tagovailoa threw for 2,653 yards with 16 touchdowns and 10 interceptions while completing 68 percent of his passes through 13 games. It was a disappointing 9-8 year, but McDaniel looks to turn that around with Tagovailoa leading the charge.