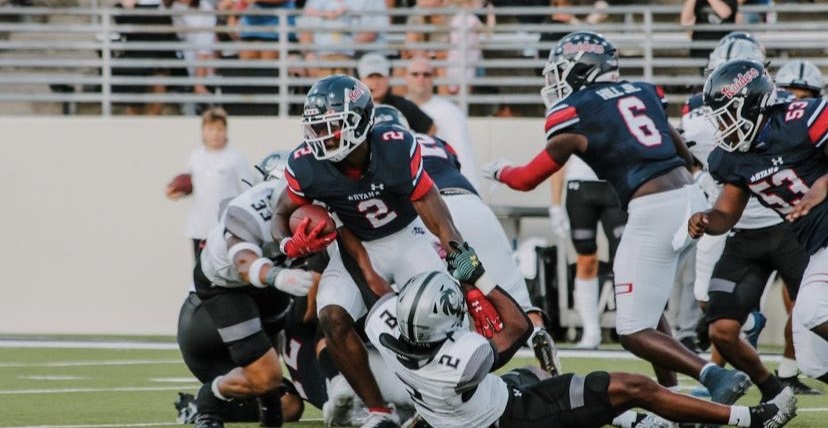 Ryan High School’s (TX) junior running back, Kalib Hicks is excited to get to Tuscaloosa next month for an unofficial visit after reporting an offer from Alabama football Thursday.

Hicks holds 20 D1 offers after picking up an offer from the Crimson Tide. Nick Saban and multiple Alabama assistants were on the road recruiting when they checked in on Hicks at Ryan High School in January, and the Crimson Tide actually offered the junior then.

“Coach Saban and coach (Holmon) Wiggins came up to the school a few weeks ago,” Hicks told Touchdown Alabama. “Saban offered me then, but I did not know, so coach Gillespie called me up to let me know officially. I felt amazing and excited. That is a great program. It is great to have the option to play for the great Nick Saban.”

Alabama football will get its new target on campus on March 5 for its junior day event, and the Texas product is excited to get to know Alabama’s coaching staff.

“I look forward to meeting the coaches, feeling the environment, looking into their strength and conditioning program and their facilities,” Hicks said.

Hicks’ upcoming visit to Tuscaloosa will be his first trip to the University of Alabama. However, he is familiar with Alabama and its success at developing the running back position.

“They are the original RBU,” said Hicks. “They produced a lot of other positions as well, but they are originally known for their running back success.”

Hicks stands at 6-foot and weighs 200 pounds. He finished his junior season with 1,448 rushing yards and 18 rushing touchdowns on 216 carries. He made several plays with some impressive jump cuts and his physical running style. Alabama’s coaches told the 2023 recruit they were impressed with his running style, his acceleration and his ability to make guys miss.

Hicks is the eighth 2023 running back to get an offer from the Tide.