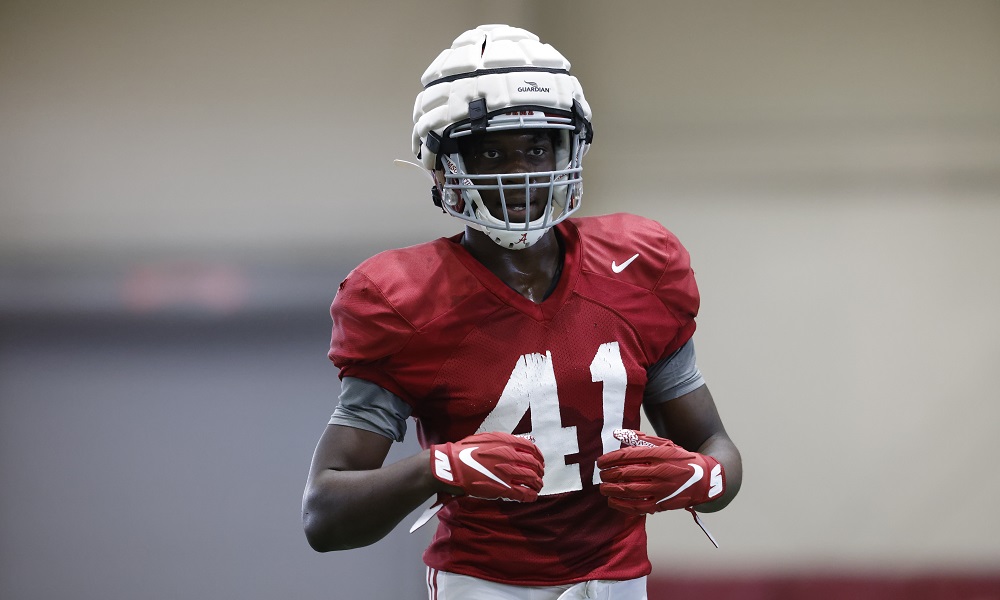 We will be highlighting early spring positions battles and which players will earn starting roles. After a breakdown of the inside linebackers, we continue with the defense. We dissect the outside linebacker position for spring ball.

Will Anderson is back as Alabama’s vocal leader on defense.

He exploded onto the scene in 2020 as a freshman, but Anderson took college football over in 2021. The native Georgian was a nightmare for offensive coordinators, offensive linemen, running backs, and quarterbacks. He wrecked offenses to a tune of 102 tackles, 34.5 tackles for loss, 17.5 sacks, nine quarterback hurries, and three pass breakups. Anderson led the Crimson Tide and the nation in tackles for loss and sacks. He recorded the most total tackles by a jack/edge linebacker in the Nick Saban era.

Anderson earned Unanimous All-American and first-team All-SEC honors. He won the Bronko Nagurski Award and SEC’s Defensive Player of the Year. The 6-foot-4, 243-pounder gained permanent team captain honors from his peers, and he returns with his focus on winning a national championship. Anderson has an opportunity to win multiple awards, including a Heisman Trophy, and become the No. 1 overall pick in the 2023 NFL Draft. He returns as the Crimson Tide’s force at jack linebacker.

Names behind Anderson at Jack

Dallas Turner is as dangerous as Anderson and might be even better than him.

Drew Sanders (now at Arkansas) took over for an injured Christopher Allen in 2021, but Turner replaced Sanders after an injury and dominated on the field. As a South Florida native, he arrived as a five-star and showed his skill set. Turner played in 15 games — three starts — at strong-side “SAM” linebacker for the Crimson Tide. He finished with 30 tackles, 10 stops for loss, 8.5 sacks, five quarterback hurries, and one fumble recovery. Turner posted 5.5 of his 8.5 sacks in Alabama’s last four games versus Auburn, Georgia (SEC Championship), Cincinnati, and Georgia again (CFP National Championship). The 6-foot-4, 245-pounder earned Freshman All-American honors from the Football Writers Association of America. He also made the All-SEC Freshman Team.

Turner is ready for an incredible sophomore campaign.

Names behind Turner at SAM

Jihaad Campbell is a versatile five-star, but Jeremiah Alexander is the freshman to watch at outside linebacker.

As an in-state product from Thompson High School (Alabaster, Ala.), Alexander has a championship pedigree. He can rush the quarterback from the jack position, but Alexander also has the size and stamina to hold at the attack point. The 6-foot-2, 250-pounder recorded 93 tackles, 29 stops for loss, 10 sacks, and 27 quarterback hurries in his senior year for the Warriors.

He led Thompson to a state championship in 2021.

Alexander will pressure Braswell, Koht, and Robinson to be on their A-game.