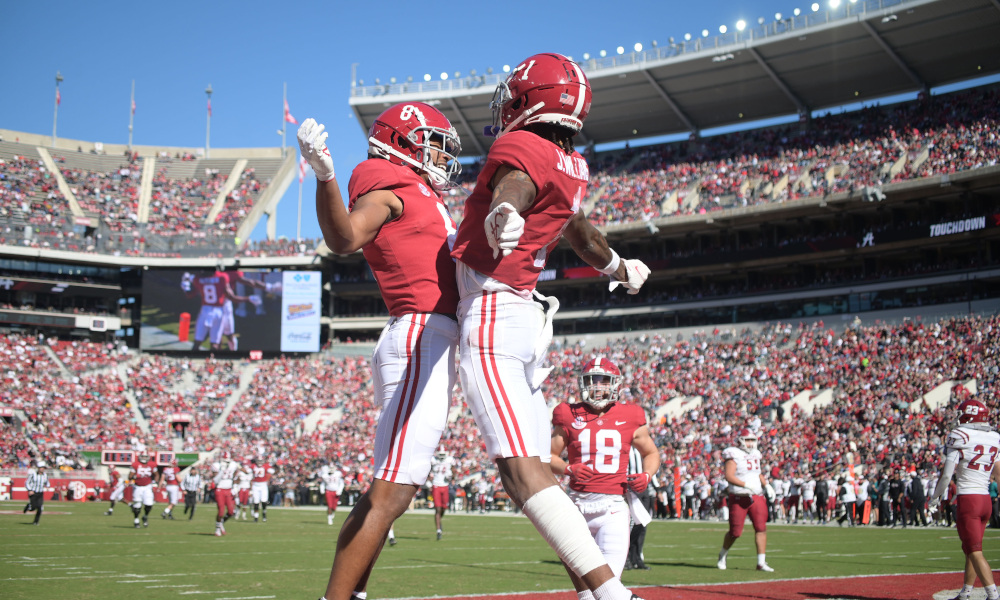 Could the Tennessee Titans have another Alabama football alum on its offense?

Derrick Henry has become the best running back in the National Football and Julio Jones is still a playmaking wide receiver, but the Titans may not be finished with getting players from the Crimson Tide.

RELATED: What if the Patriots drafted all three Alabama receivers for Mac Jones?

John Metchie and Jameson Williams are rehabbing from knee injuries, but both are not ruled out as potential draft picks for Titans’ general manager Jon Robinson. Both receivers totaled 1,000+ yards for the Tide in 2021, and Metchie led the team with 96 catches. If not for injuries, Alabama would have won a College Football Playoff National Championship with them in action.

A.J. Brown, a star receiver for the Titans, modeled his game after Jones. The 6-foot-1, 226-pounder got selected in the second round of the 2019 NFL Draft. He’s posted two 1,000-yard seasons in three years and earned a Pro Bowl selection in 2020.

Brown is intrigued by Metchie and Williams. He called both ‘legit’ and would like for the Titans to take either.

Either one. Both are legit! https://t.co/A1xPfBhMB7

If Tennessee gets Metchie or Williams, it has another weapon to help Ryan Tannehill be great in the NFL.