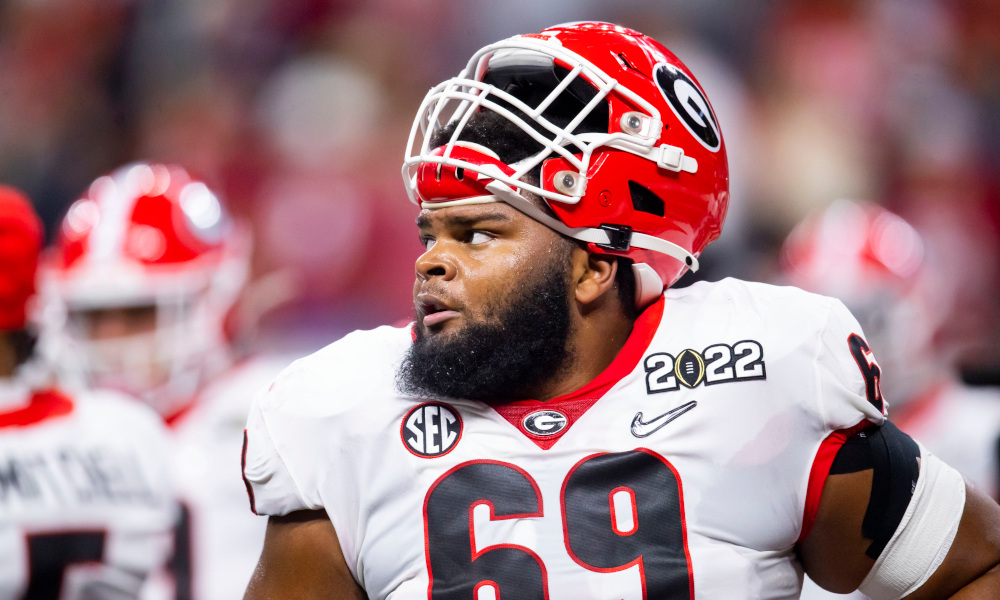 Alabama and Georgia will have a rivalry in college football for a long time.

Last season, Kirby Smart delivered the Bulldogs to its first national championship since 1980. The Crimson Tide had a 9-6 lead at halftime, but a knee injury to Jameson Williams in the second quarter hurt its offense. Alabama fans and Williams cling to the statement, “If Williams did not get hurt, the Tide wins.” Williams said it to reporters on Wednesday at the NFL Combine.

Jamaree Salyer, a former Georgia offensive lineman, had an emphatic response to Williams.

“Game over,” Sayler said to the media. “We scored more points.”

Salyer completely shut down Williams’ statement with a mic drop.

The Bulldogs earned a 33-18 victory at Lucas Oil Stadium on Jan. 10 in Indianapolis, Ind. Williams would have made the difference, but Georgia hoisted the College Football Playoff trophy as champions of college football. Nick Saban and the Crimson Tide will enter next fall with motivation. Williams is ready to have an incredible pro career. He is ahead of schedule in his rehab.