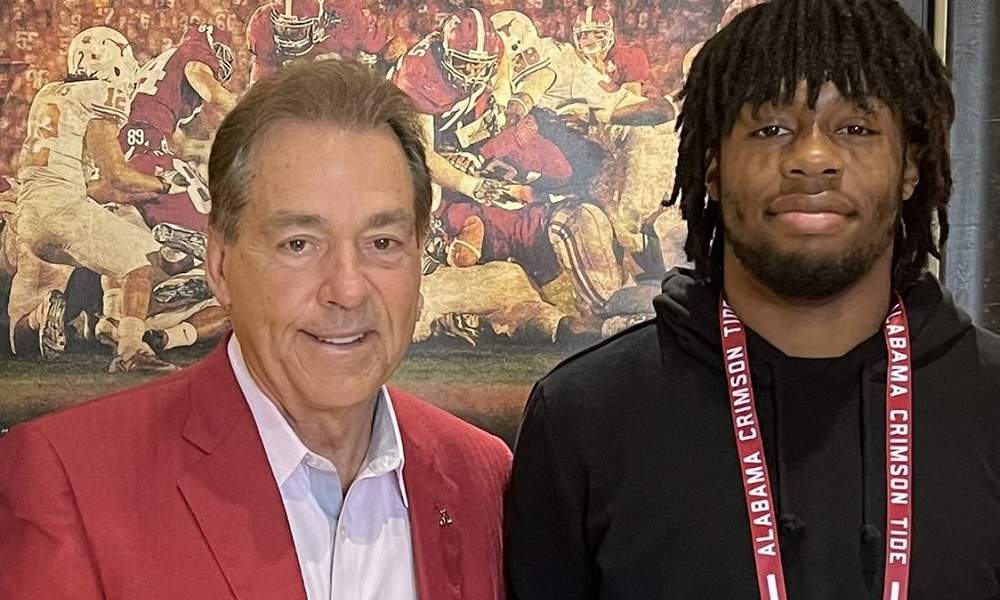 Bryce Thornton has seen a surge in his recruitment over the last few months.

The Georgia product has pulled in 18 D1 offers since January. He is now closing in on a total of 30 D1 offers after receiving an offer from Alabama football Saturday. The new Alabama target said the Crimson Tide’s offer impacts his recruitment in a big way.

“Nick Saban told me, and I was so happy when I got the offer because they have been one of my favorite schools,” Thornton said. “It changes my recruitment a lot.”

Thornton was on campus Saturday for Alabama’s Junior Day event. Saturday’s visit allowed him to spend time around Alabama’s coaching staff and tour their facilities.

“The facilities really stood out during the visit, and the coaches gave me a family vibe,” said Thornton.

The Milton product currently stands at 5-foot-11 and weighs 185 pounds. He finished his junior season with six interceptions and 54 total tackles. Thornton primarily played safety during his junior season, which is the position he is projected to play at the next level.

Saban told the 2023 prospect he was impressed with multiple facets of his game.

“He likes my ball skills, how aggressive I am when tackling and that I am versatile,” Thornton told Touchdown Alabama.

Thornton is a Georgia legacy. His father Bruce Thornton played at Georgia before playing in the NFL. The Bulldogs were the first program to offer Bryce.

Multiple other programs could get Thornton on campus before he moves forward with his recruitment.

“I want to get out to see some other schools, then make my top eight,” Thornton said.