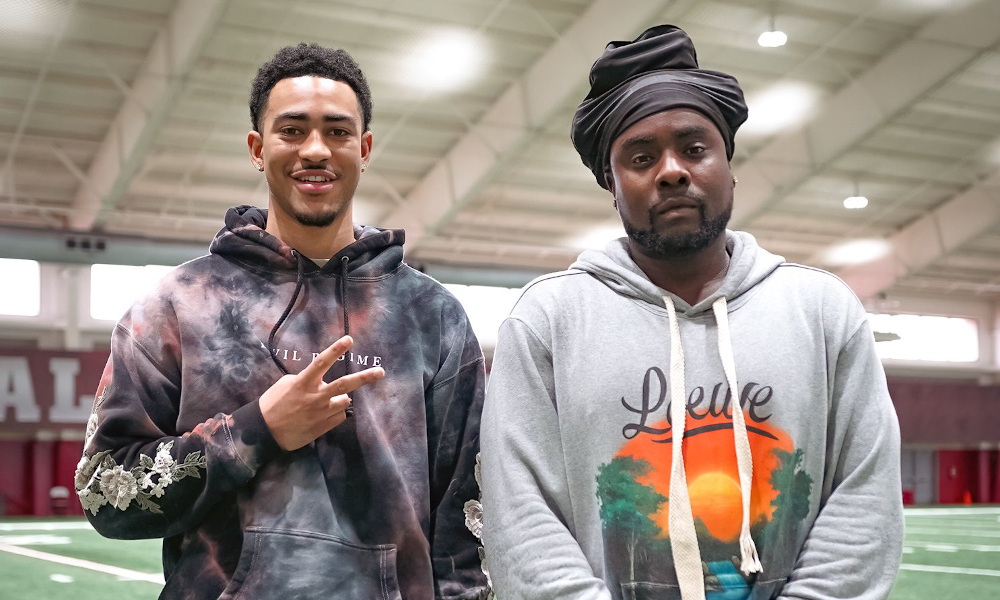 Another music artist has come away impressed with Alabama’s football program.

Wale, a Grammy Award nominee recording rapper, visited Tuscaloosa on Tuesday. He took in the Crimson Tide’s athletics facility, struck the Heisman pose with all four trophies, got a tour of the facility from Bryce Young, and met Nick Saban.

This facility is crazy pic.twitter.com/c7x2rUvey9

He complimented Alabama’s facility and Young for his humble personality. Wale provided fans on Twitter with a hilarious story on his encounter with Coach Saban. He is 37 years old, but Saban has a way of making grown men nervous sometimes.

RELATED: Rapper Wale confirms his love for Alabama football by getting gear in Tuscaloosa

Wale appreciated Saban for letting him get a tour of his office, but Saban smiled and said, “aye this is Bryce’s office.”

My man @_bryce_young took us to Saban office .. I was a lil nervous we all just stopped talkin when he came in .. I said “coach thanks for letting us see the office “ he said jokingly “aye this is Bryce office” … 🤣 . Bryce one of the most humble people I ever met too

The 70-year-old is preparing for spring practice on Friday, but he had time to entertain one of the biggest music acts of this generation. Wale’s music is a museum of emotions, but the Crimson Tide is a museum of athletic excellence.

Both are great, but Wale departed in awe of the work put in to make Alabama football a success.