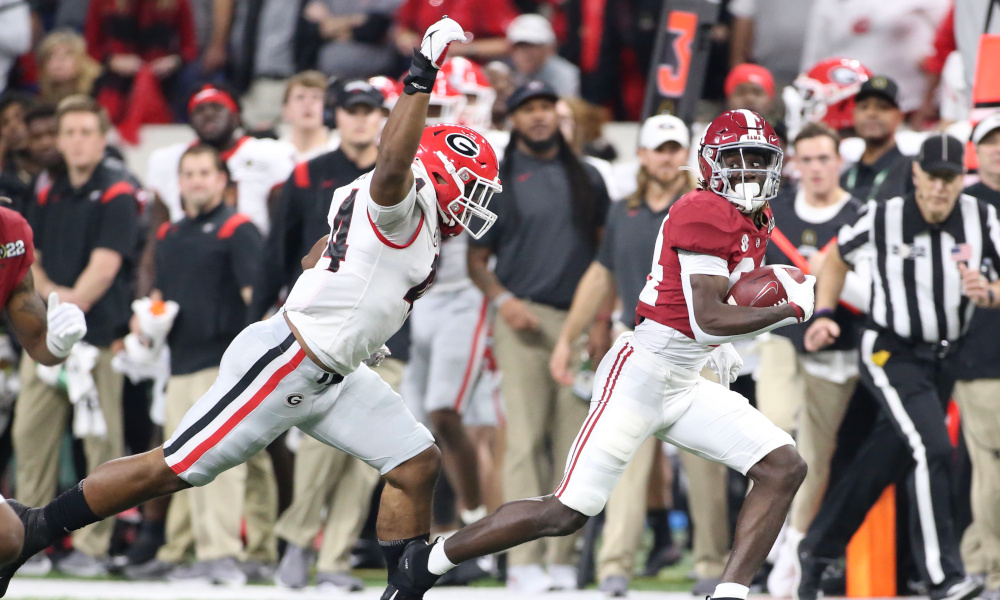 Nick Saban shared with the media on Wednesday that Hall had been suspended for violating team rules after he was removed from the team’s online roster earlier.

“He is suspended from the team for violations of some team rules whether they’re academic or whatever, it doesn’t really matter,” Saban said. “Everybody has a responsibility and obligation to respect the principles and values of doing what they need to do. They’re all there to help them be more successful, so to respect those and do those is always more helpful.”

Saban later added that he was not sure what Hall’s plans were for the future.

“Well he already had that opportunity (to rejoin Alabama) once,” Saban said, “I don’t know what his plans are for the future.”

Hall originally arrived at Alabama in the class of 2021 where he was heralded as one of the top receivers in his class and was rated as a five-star recruit by Touchdown Alabama’s independent recruiting rankings.

During his freshman season in 2021, the 6-foot-3 receiver caught four passes for 72 yards in seven appearances. His most significant playing time came during the national championship game where he was called upon to replace Jameson Williams who left the game with a knee injury. In his championship game appearance Hall caught two passes for 52 yards in the loss.

Hall has never shied away from displaying his frustrations with the Crimson Tide over social media, which first began following the team’s win over Mississippi State where he did not travel with the team and later tweeted “Yea nah, calling it quits.” The Valrico, FL native would go on to share multiple cryptic tweets over the next several months to mixed reactions from Crimson Tide fans.