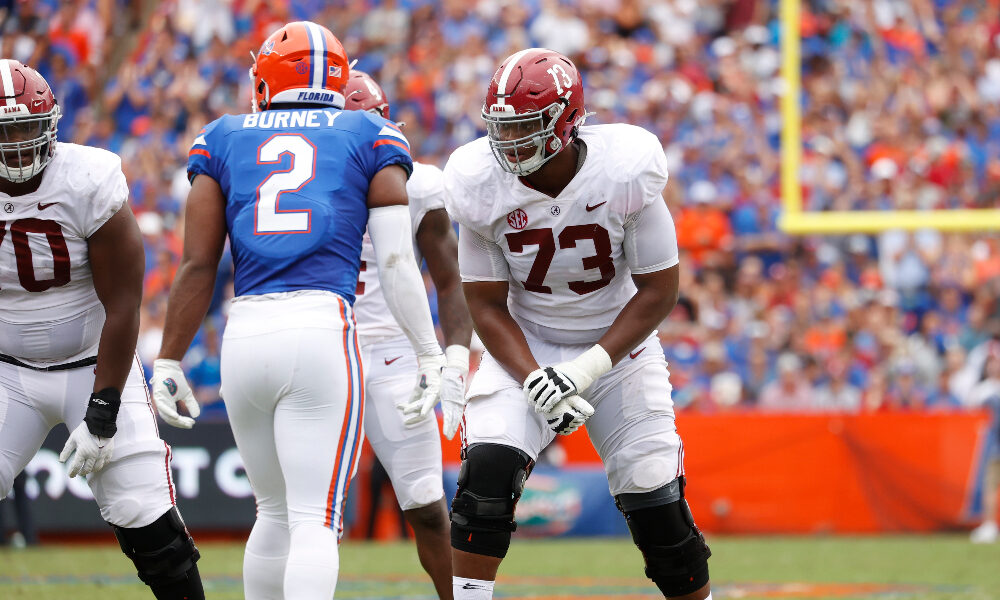 Evan Neal and Jameson Williams will be in Las Vegas on April 28 to take in the first night of action.

Neal, a Consensus All-American offensive tackle, has been projected as a top-five selection across the board. He earned permanent team captain honors for the Crimson Tide in 2021 and assisted the team to an undefeated College Football Playoff National Championship in 2020. Williams, a transfer wide receiver from Ohio State, gave Tide fans much to cheer about with his speed and explosiveness in 2021. He recorded 79 receptions for 1,572 yards (team-high) and 15 touchdowns (team-high).

RELATED: Bryce Young shows off iced out diamond grill ahead of A-Day Game

Both players pushed the Tide to a Southeastern Conference Championship, a Cotton Bowl victory, and an appearance in the CFP National Championship matchup in 2021. Alabama fans are excited to see where they go in the upcoming draft.