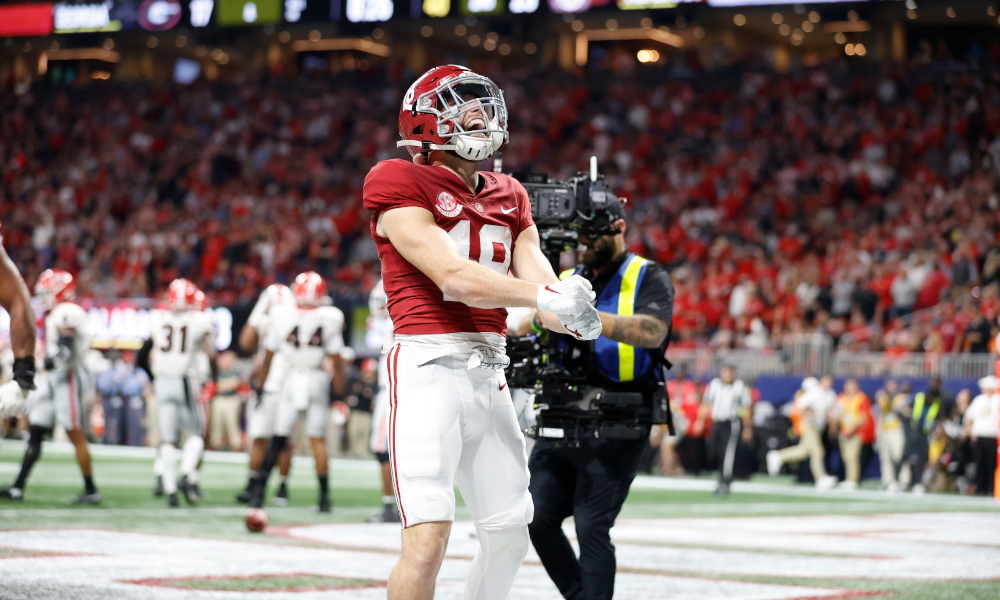 Slade Bolden is the fourth offensive player to profile.

-2022 draft projection: Sixth to seventh round

Slade Bolden is a fierce competitor.

He will make his mark on the National Football League with that trait. Many felt he would not succeed at the University of Alabama, but Bolden defied the odds. As a former Gatorade Player of the Year for Louisiana, he arrived in the Crimson Tide’s 2018 signing class as a three-star prospect. Bolden was one of six players that caught 20+ passes from Mac Jones in 2020.

The 5-foot-11, 193-pounder totaled 24 catches for 270 yards and a touchdown. Bolden assisted the Tide to an undefeated College Football Playoff National Championship. His production increased in 2021 with Bryce Young as he caught 42 passes for 408 yards receiving and three touchdowns. Bolden helped the first-year starting quarterback earn the Heisman Memorial Trophy.

He finished third on the team for receptions and fourth for yards.

Bolden is a proficient route runner that gets open when he works back to a scrambling quarterback. He possesses strong hands, but Bolden mixes hands and body catches well. He is an exceptional blocker for other receivers and running backs. Bolden has versatility as a punt returner and kickoff returner. He does not have blazing speed (4.66, 40-time) and does not provide big-play abilities after the catch, but he keeps drives alive with fundamental plays. If he does not go undrafted, a team in the sixth or seventh round will give Bolden a chance. People have linked him to the New England Patriots because he favors Wes Welker and Julian Edelman. Bolden and Jones are good friends, and Bolden would love to be reunited with his college roommate.

We will see what becomes of Bolden this week in the draft.