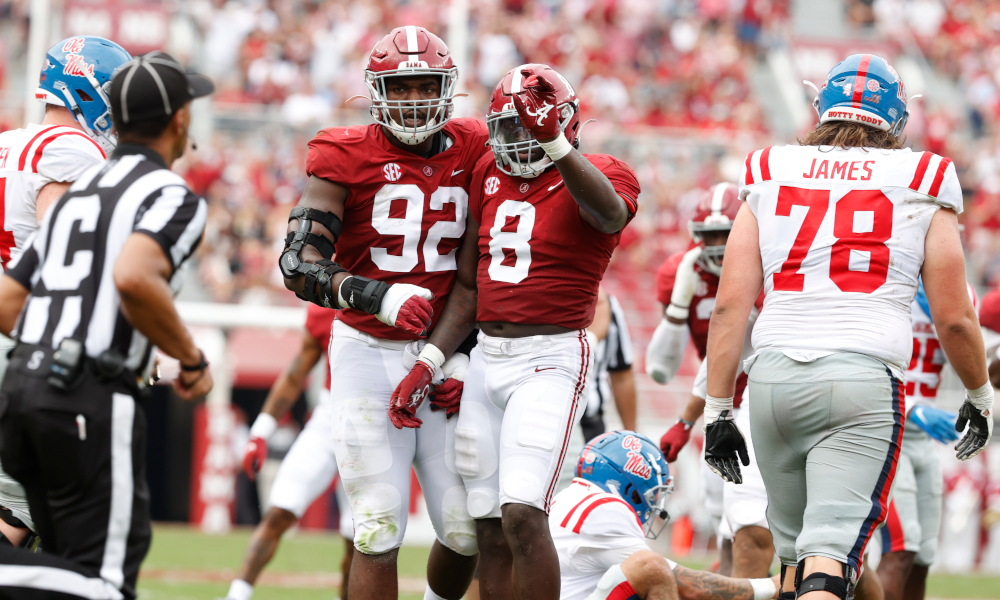 We now turn our attention to the defensive side of the football with linebacker Christian Harris.

-Weaknesses: Tends to overrun plays, struggles at times to tackle in space, taking on pulling linemen, undersized for NFL level

During his first season with Alabama, Christian Harris was thrown into the fire filling in for an injured Dylan Moses and it was all the better for him as he started every game he was available for with the Crimson Tide.

Harris was a great athlete in the middle of Pete Golding’s defense who played with great speed and physicality. Some of the Baton Rouge native’s best highlights come from his lightning-quick reads in the run game which he showed all throughout the 2021 season as he recorded 11.5 tackles for loss.

His slimmer build was a big contributor to his craftiness in the run game as he is able to slip past slower offensive linemen or shoot a gap when he finds his crease. Harris’ speed also gave him the ability to be a sideline to sideline type player who could hunt down anything between the lines. At the next level, this impressive athletic ability will be intriguing for any defenses who wish to have a three-down player in the middle.

But what unfortunately accompanies Harris’ great speed and technique in the middle is his size. No matter which way it’s shaped, Harris is an undersized linebacker, especially by the NFL’s standards. It’s gotten him into trouble at times when taking on bigger linemen as he can be easily blocked due when stood up in the hole.

And although he is an improved player in coverage, it’s still a bit of a concern for him to play in space. There were a few points during his final season where he’d overrun a play or miss a tackle in the open field which are things that will need to be cleaned up in the NFL.

These areas are part of the reason why Harris has been widely mocked as a second-round selection, but that doesn’t mean he won’t be a major contributor for teams.

Both Mel Kiper Jr. and Todd McShay have projected Harris to be selected by the Philadelphia Eagles in the second round which would be a solid landing spot. The Eagles have struggled for years at linebacker and have shown hesitancy to even address the position at all in the draft. Harris could also be catching a look from the Pittsburgh Steelers who were amongst the worst teams in the league when it came to run defense. The Steelers have already let go of middle linebacker Joe Schobert and have endured another disappointing season from Devon Bush. Picking up Harris could be the bandaid the unit needs to compete at an elite level.