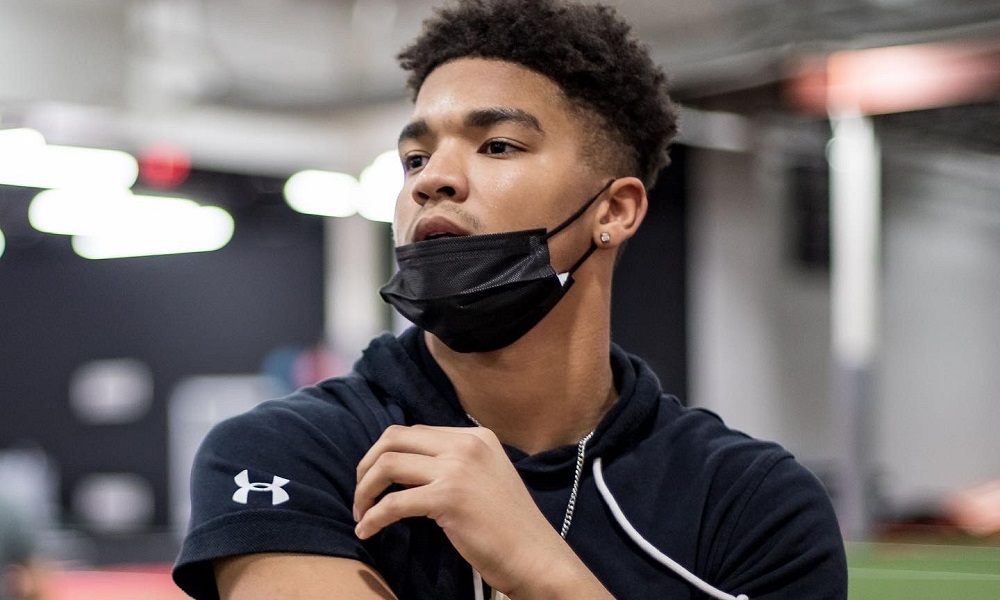 Van Buren currently attends St. Frances Academy in Maryland, and he is a member 2024 recruiting class. He garners a four-star rating from multiple recruiting sites. The Crimson Tide became the 18th program to offer the sophomore after Alabama’s cornerbacks’ coach watched him in action at spring practice.

“I found out about my offer through my head coach when coach T Rob (Travaris Robinson) was at our practice,” Van Buren told Touchdown Alabama. “I was very grateful and honored to be offered by such a historic and dominant program.”

Alabama’s high-octane offense has produced two starting NFL quarterbacks and one Heisman winner over the last three seasons. Van Buren said he is a fan of how the Tide’s offense is operated.

“I like how they run their offense,” Van Buren said. “It is a very explosive spread offense, and they get their playmakers the ball. I feel like they develop quarterbacks well also with Tua and Mac Jones in the league and with Bryce young winning the Heisman.”

The four-star recruit is listed at 6-foot and 180 pounds. He was able to make some impressive throws down the field while moving around the pocket as a sophomore. Van Bruen also showed he was capable of making plays with his feet.

“They like my game, and they think my game is similar to Bryce Young because of my quick release, playmaking ability and size,” Van Bruen said. “I want to improve on my decision-making and being able to get through my reads faster to slow the game down.”

The new Alabama target is hopeful he will be able to visit UA soon.

“I definitely plan on getting down there this summer,” said Van Buren.