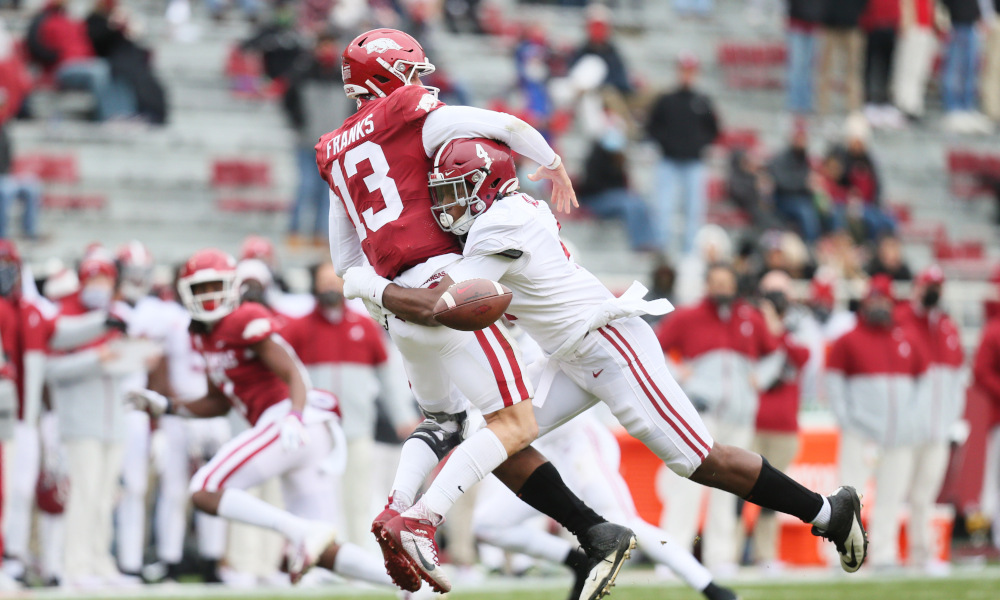 We have made it to the conclusion of the NFL Draft as rounds four through seven are today.

Alabama fans saw Evan Neal (No. 7, New York Giants) and Jameson Williams (No. 12, Detroit Lions) selected in the first round on Thursday night. John Metchie (No. 44, Houston Texans) and Phidarian Mathis (No. 47, Washington Commanders) went in the second round. Christian Harris (No. 75, Houston Texans) and Brian Robinson (No. 98, Washington Commanders) were third-round selections.

Since 2009, Nick Saban has placed 112 athletes in the NFL Draft from the Crimson Tide — including 41 first-round picks.

Some names including Christopher Allen, Josh Jobe, Jalyn Armour-Davis, Slade Bolden, LaBryan Ray, Chris Owens, and Daniel Wright are still on the board. Allen, Armour-Davis, and Jobe have the potential to be selected in the last four rounds of the draft.

Bolden could be taken, but most see him as an undrafted free agent. The same can be said for Ray, Owens, and Wright, but we will see what happens. Crimson Tide fans are looking forward to seeing how the draft finishes.