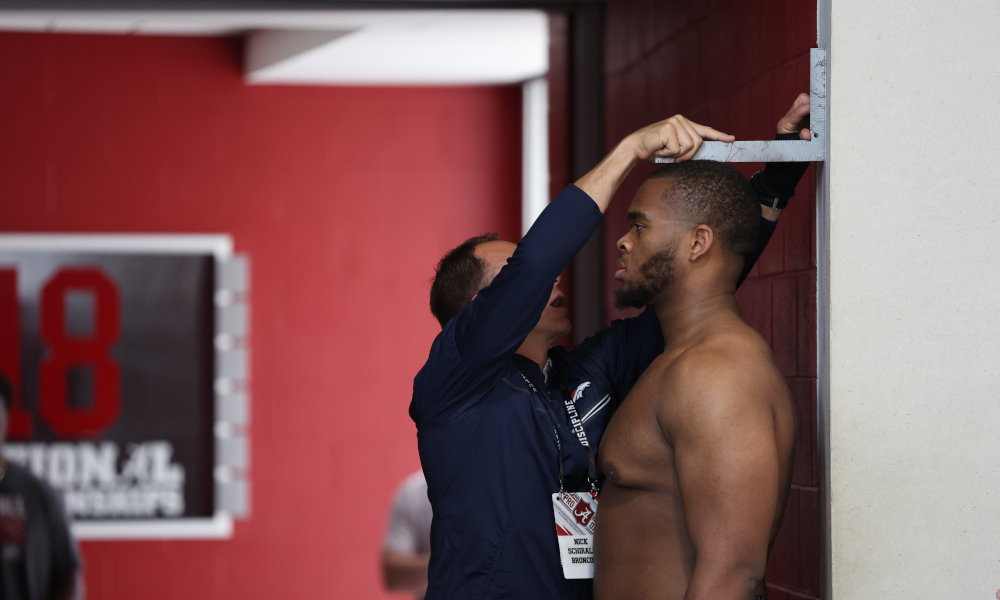 Evan Neal expects to go within the first five picks of Thursday’s NFL Draft, but the Alabama football alum could also create history.

The 6-foot-7, 335-pounder is in a series for the “Big Boys Club” ahead of the draft. Jon Gruden has his “QB Camp” to pump publicity for quarterbacks, but Geoff Schwartz and Duke Manyweather are giving love to the linemen. Neal is one of five linemen featured in the series as Schwartz and Manyweather break down the journeys of each player for the draft.

Join @geoffschwartz and @BigDuke50 as they work with the top O-Line draft prospects to prepare them for life in the trenches in the NFL.
@ENeal73 | @CharlesC_67 | @Darian_70 | @TPenning58 | @AndrewStueber99 https://t.co/Mvv3ciAkMU

Neal spoke about his family life, childhood, relationship with his parents, experience at IMG Academy and Alabama, and his body transformation in college.

Neal arrived in the Crimson Tide’s 2019 class from Florida as a five-star. His versatility, length, quickness, and size allowed him to start at guard and tackle. He started 28 games as a tackle (right and left) in 2020 and 2021, pushing the team to two Southeastern Conference titles and a national championship.  Neal allowed 3.5 sacks in this span, earning him Consensus All-American, first-team All-SEC, and permanent team captain honors. He shared with Schwartz what is unique about playing offensive line.

Neal said the important thing is to get five individuals to play as one unit.

He joins @geoffschwartz and @BigDuke50 in the “Big Boys Club” to discuss his body transformation and freak athleticism that led to him dominating the SEC for #RollTide. pic.twitter.com/BCVjOGFE9V

“You are only as strong as your weakest link,” Neal said. “Regardless of how good you play, it is not going to get noticed. You could have the best game in the world, but you give up one sack, and the offensive line is terrible. It is hot in the summertime, and no one knows that the air conditioner is on. Whenever it is off, people are going to notice it. That is what I enjoy about the offensive line.”

Neal said it would mean everything to him to be the first pick in the draft.

“Coming from a place where I did, the population is probably 4,000 people, one high school, you do not see people get drafted at all,” he said. “It would mean everything for the people back home to witness something like this. My parents will be extremely proud of their hard work and my hard work. My brothers and sisters will be proud of us walking into a different phase of life.”

RELATED: Brian Robinson is the ‘sleeper running back’ of this draft, per Mark Ingram

Neal impressed Schwartz in the film breakdown of the “Big Boys Club.” Schwartz took him through a few plays, and Neal explained how he had to block in those situations. 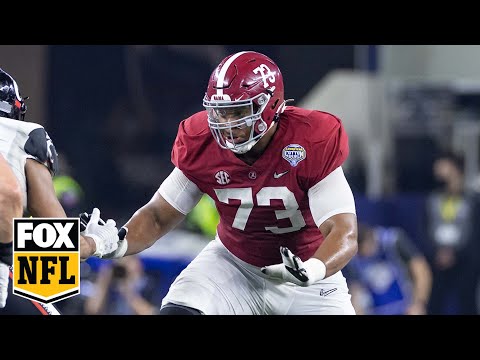 He got selected in the 2008 NFL Draft in the seventh round by the Carolina Panthers. Manyweather is an offensive line scouting developer for the OL Masterminds team. In talking with Schwartz, he told me the impressive thing about Neal is how no one embarrassed him on the field. He handled Georgia’s defensive end, Travon Walker, in the SEC Championship Game and CFP National Championship Game. Neal handled every opponent he faced, and Schwartz sees the Giants taking Neal him No. 5.

He is excited to hear his name called early in the first round.