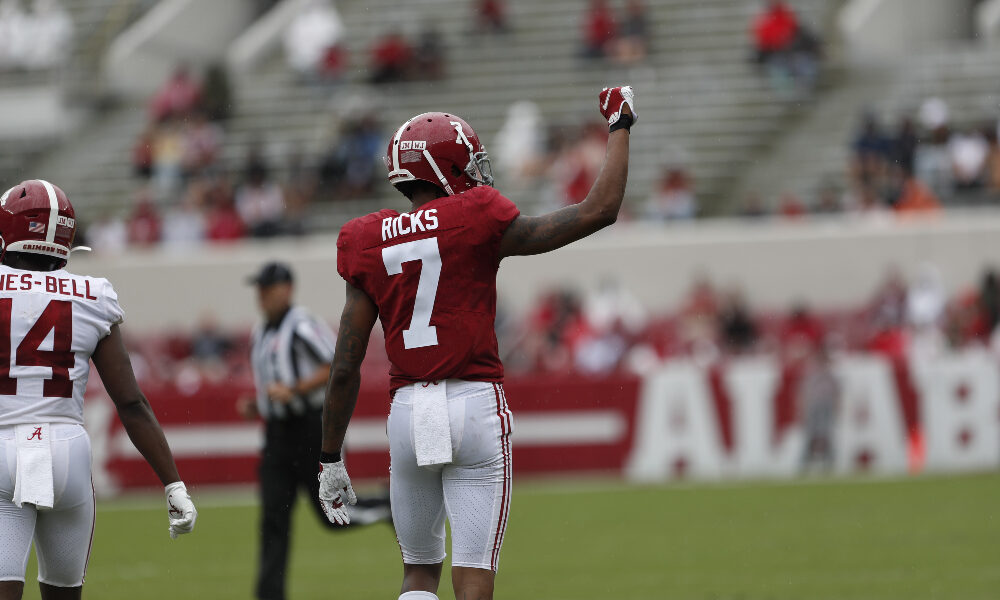 Alabama defensive back Eli Ricks was arrested on Sunday in Mississippi according to the Jones County Sheriff’s Deparmentent database. Ricks was charged with speeding, having no insurance and possession of marijuana (first offense). His bond was set at $0.

Ricks who played the first two years of his college career at LSU, transferred to the Crimson Tide back in December. Following an impressive freshman season with the Tigers where he was named to the All-America third-team and All-America freshman team, Ricks battled a shoulder injury during the 2021 season which ultimately ended his season prematurely.

Ricks spent most of Alabama’s spring practice working behind Khyree Jackson as he continued to learn the new system. During the team’s A-Day Game, Ricks recorded five total tackles for the Crimson Tide.