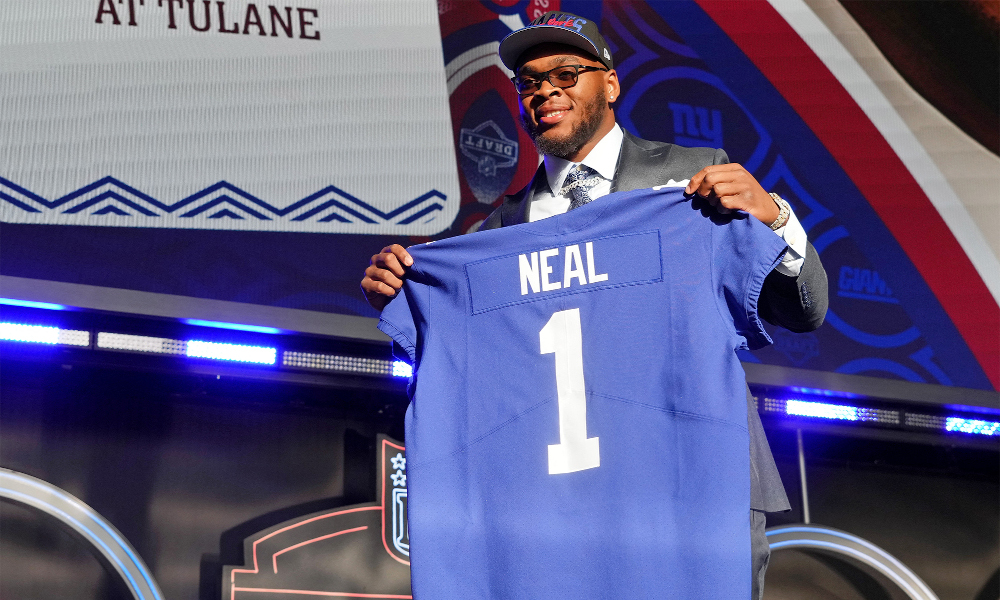 Two former national champions from Alabama football are on the same team.

Brian Daboll, head coach of the New York Giants, took Evan Neal at No. 7 overall in the NFL Draft.

Daboll was the Crimson Tide’s offensive coordinator in 2017, helping the school capture a College Football Playoff National Championship. He saw Neal’s greatness for three seasons, including two as an offensive tackle. Daboll wants Daniel Jones to succeed at quarterback, but the former first-round pick of the 2019 draft needs protection. Neal allowed 3.5 sacks in 28 games during his final two years with the Tide. The 6-foot-7, 335-pounder is a massive specimen with exceptional technique upfront.

Neal assisted the Crimson Tide to an undefeated national championship in 2020, and Daboll is thrilled to have him.

When he called Neal to give him the news of becoming a Giant, Daboll welcomed him into the family.

“You just come in here and work hard,” Daboll said to Neal. “I look forward to meeting you, and we will be in touch soon. I am excited to have you and to get going. It is always good to have another Roll Tide dude.”

The Giants believe Daboll can lead it to a Super Bowl as its head coach. His decision to draft Neal gives Daniel Jones a chance to break out as a quarterback. It is going to be fun to see how Neal progresses in rookie minicamp, OTAs, and training camp.