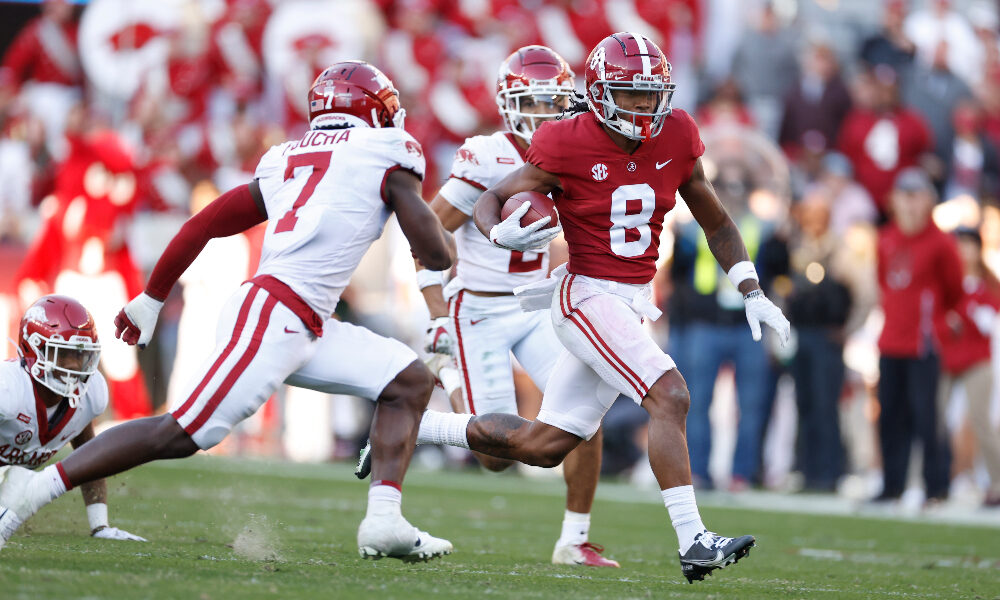 As a second-round pick of the NFL Draft, the former Alabama wide receiver performed drills without a knee brace. He suffered an anterior cruciate ligament (ACL) tear in the 2021 Southeastern Conference Championship matchup between the Crimson Tide and Georgia Bulldogs. Before the injury, the native Canadian totaled six catches for 97 yards and a touchdown in a 41-24 victory for Alabama at Mercedes-Benz Stadium. Metchie missed the College Football Playoff, but he helped the Tide secure an SEC title.

Aaron Wilson, who covers the NFL for Pro Football Network, said Metchie is ‘determined’ to be ready by training camp.

Lovie Smith, Houston’s head coach, is thrilled by Metchie’s progress. The Texans are not trying to rush him onto the field, but Houston does expect Metchie to play in the fall. His eyes are fixed on July to go through all exercises in training camp.

The Texans are excited to have a complete receiver. Metchie led Alabama for receptions (96) and totaled 1,142 yards and eight touchdowns in 2021. He ranks third in school history for catches in a single season and seventh for yards. Metchie garnered second-team All-SEC honors for his performance. He caught 55 passes in 2020 for 916 yards receiving and six touchdowns.

Metchie assisted the Crimson Tide to an undefeated CFP National Championship that year.

It will be fun to see him when he gets on the field, but Metchie is determined to play.