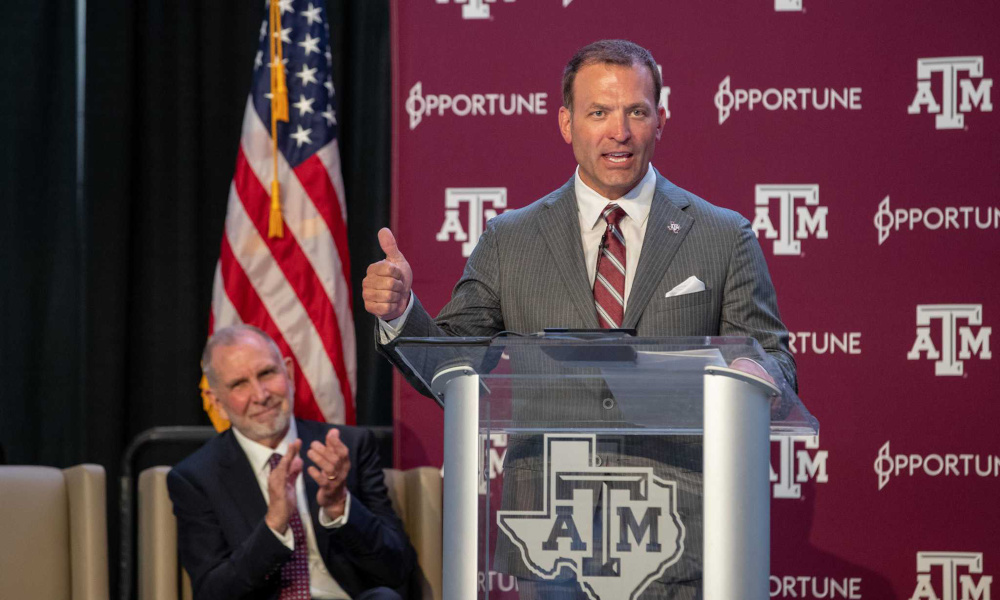 Alabama’s matchup with Texas A&M on Oct. 8 will be defined as bad blood.

Social media got hit with a nuclear bomb on Wednesday.

Nick Saban savagely called out Texas A&M’s recruiting tactics with NIL for the No. 1 class in 2o22. Jimbo Fisher responds with a tirade, stating Saban’s comments as “despicable” and calling his former boss a “narcissist.” The gloves are off on both sides, especially with Fisher not taking Saban’s phone calls and calling their relationship over. Ross Bjork, the athletics director for the Aggies, has added his thoughts. According to Ross Dellenger of Sports Illustrated, Bjork referred to Saban’s comments as a “personal attack” on his university and head coach. Fisher and Saban won a BCS National Championship in 2003 at LSU.

Bjork turned Saban’s comments into the SEC’s front office to Commissioner Greg Sankey, and he’s issued a reprimand to both elder statesmen. Bjork made one hair-raising statement about Saban’s comments per Dellenger.

“I don’t know why Nick Saban would say what he said except he’s threatened,” Bjork said per SI. “There is a saying … an emperor who loses their dynasty lashes out. He seems to be making excuses. This is personal. Coach Fisher views this as a personal attack on his integrity and on Texas A&M’s integrity. To have personal attacks, to say that the only reason A&M is [recruiting well] is NIL money is wrong.”

Texas A&M earned a 41-38 victory over Alabama in 2021 at Kyle Field, but this game will have more juice.

College football fans will have their eyes on Bryant-Denny Stadium for this meeting.