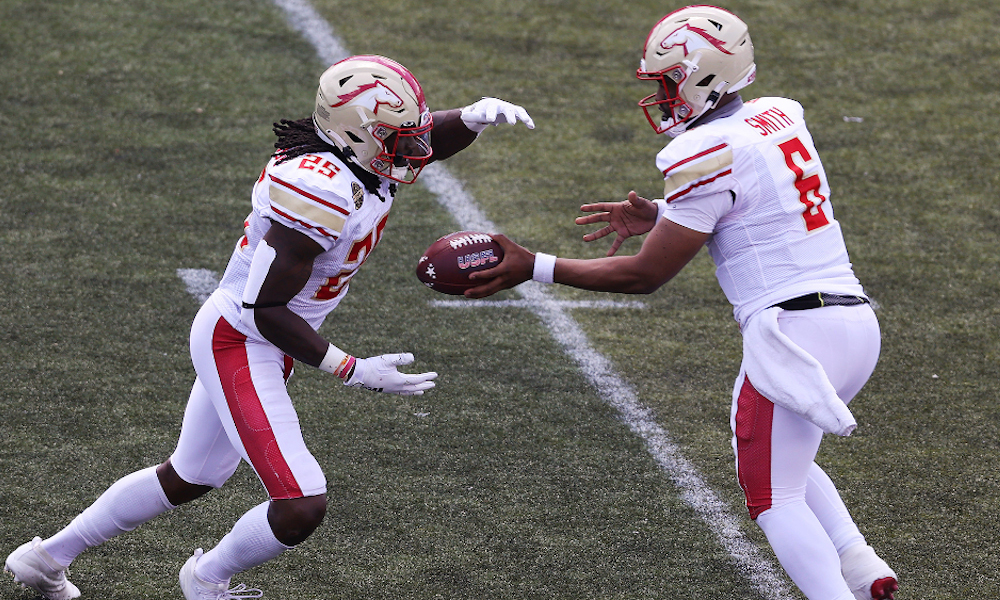 Bo Scarbrough has become one of the best decisions Skip Holtz and the Birmingham Stallions made.

Since joining the team on May 9, Scarbrough totaled back-to-back 100-yard rushing performances and earned the United States Football League’s Offensive Player of the Week. Birmingham’s offense struggled Sunday against the Pittsburgh Maulers, but Scarbrough carried the team to a 26-16 victory at Protective Stadium. He recorded 100 yards rushing on 27 carries, carrying defenders for nearly four yards (3.7) per attempt. The Stallions’ offensive line did not have its best outing, but Scarbrough found ways to make it work. His efforts continue Birmingham’s undefeated season at 7-0 as the Stallions clinch a USFL playoff berth.

We’re officially headed to Canton for the playoffs‼️🐎 #GiddyUp pic.twitter.com/c8e4s5g3qw

Scarbrough was the man at the University of Alabama, and the same success is happening with the Stallions.

He is enjoying football, and the fan base in Birmingham is enjoying him. Scarbrough won two College Football Playoff National Championships for the Crimson Tide in 2015 and 2017. He has an opportunity to help the Stallions win its first championship in the return of the USFL. Scarbrough will lead Birmingham against the New Orleans Breakers next week at 2:00 p.m. CT on FOX.