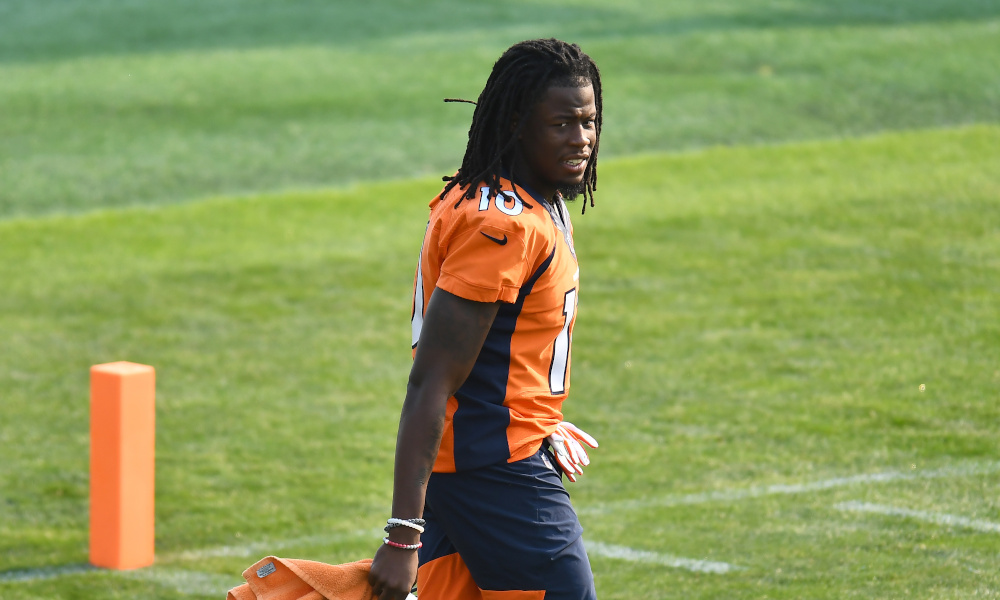 According to multiple reports, the Arapahoe County District Attorney’s office has filed a motion to dismiss all charges against Denver Broncos wide receiver Jerry Jeudy.

Three weeks ago Jeudy was arrested for second-degree criminal tampering with a domestic violence enhancer after a dispute with the mother of his one-month-old child.

“After reviewing the evidence, I always believed that no crime had been committed, and all charges would be dismissed,” Steinberg said per Schefter.

Jeudy was the Broncos’ first-round pick during the 202o season and hopes to be an integral part of the team’s success alongside new quarterback Russell Wilson.