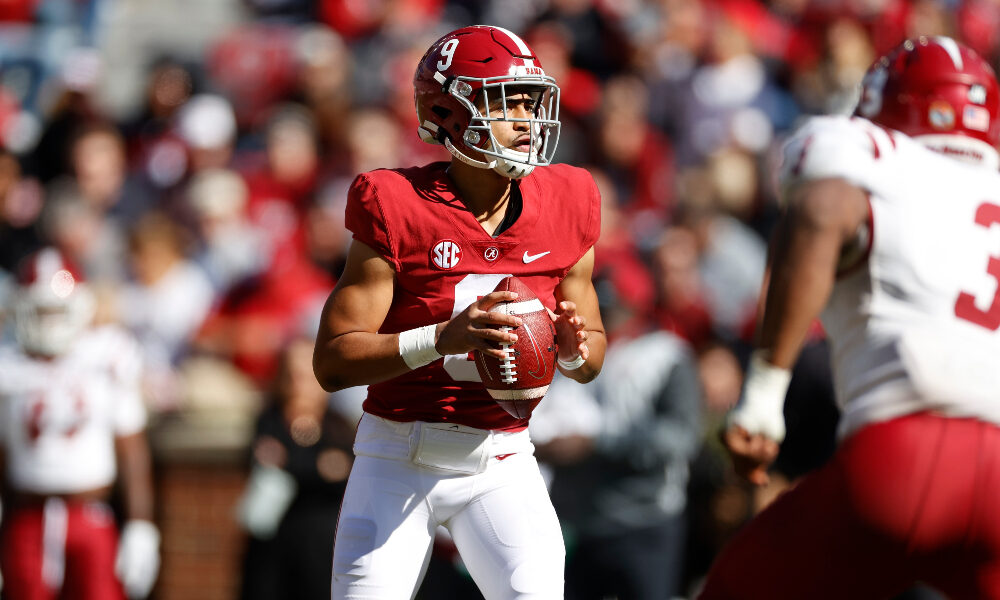 Bryce Young is regarded by most as the best quarterback in college football, but Alabama fans saw a clip of the junior from the Manning Passing Academy that excited them.

Young is coming off a season where he set single-season school passing records and won the Heisman Memorial Trophy.

As a sophomore, he took a young team to a Southeastern Conference Championship. The former five-star collected several individual honors and earned permanent team captain honors. Young achieved success for himself, but he knows the 2021 season was incomplete. He refuses to downplay his excitement about winning the Heisman, but Young understands the program’s goal.

On Thursday, he called the 2021 season a “failure” and spoke about the one thing he’s focused on.

“We want to win at the level we want to,” Young said. “We came up short last year, and for me, that’s all I am focused on. My goal, at the end of the day, is to win a championship. That is our goal every year. We don’t shy away from it because that is our standard. For me and everyone, we did not win and that’s what our goal is. That is just what it is.”

Young is hungry to return to the College Football Playoff and finish with a championship. He watched Mac Jones lead the Crimson Tide to a CFP National Championship in 2020, and Tua Tagovailoa came off the bench to deliver Alabama a 26-23 comeback victory over Georgia in the 2018 CFP title matchup. He appreciates the Heisman, but Young carries himself like Alabama fans. The individual awards are cool, but it doesn’t compare to hoisting a national championship as the top school.

Young looks to earn a ring as the starter for Alabama.