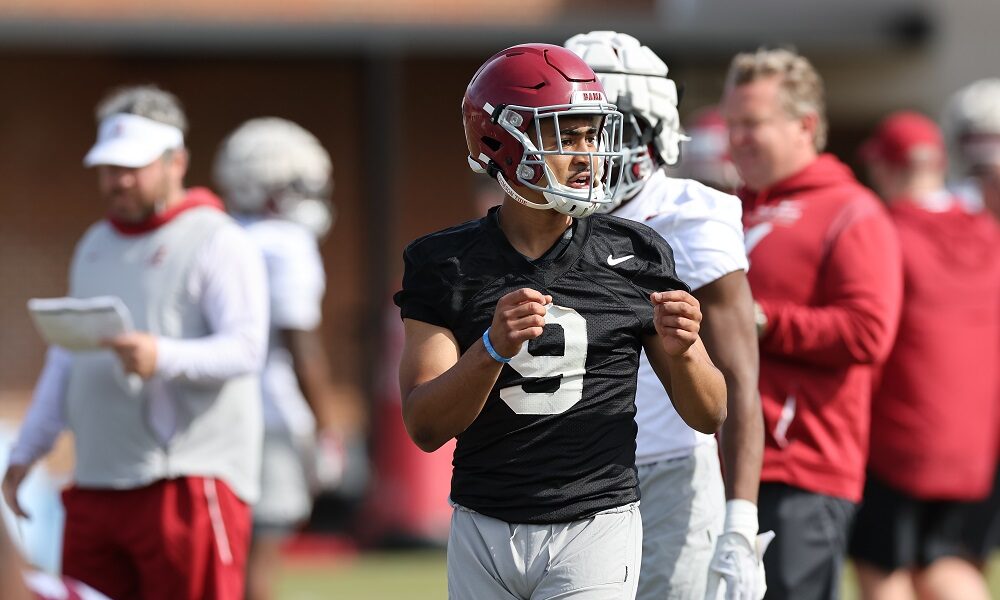 Bryce Young is gearing up for his junior season at the University of Alabama.

He has won individual accolades, set school records, led a comeback victory over Auburn, and captured a Southeastern Conference Championship. Young sees one final accomplishment to check off his list: winning a national championship as a starting quarterback. Before he makes a push for the fall, the former five-star returned to his high school Alma mater, where his name started. Young received a “Heisman” welcome during his homecoming to Mater Dei in Santa Ana, Calif.

Pretty cool moment here at @MD_Athletics when Alabama’s @_bryce_young & former USC Trojan @MattLeinartQB are welcomed back on campus together.

Mater Dei is the only school in the country to produce three #Heisman Trophy winners 🏈 pic.twitter.com/56abuZvocy

The crowd cheered him on as he walked into the gym in front of fans that admired his performances on Friday nights. Young tossed some t-shirts to fans, but the best moment came afterward. He became the newest member of “Heisman Lane,” joining John Huarte (1961) and Matt Leinart (2001). Young graduated from Mater Dei in 2020 before going to the Crimson Tide.

Huarte won the Heisman Trophy in 1964 as a quarterback for Notre Dame. Leinart captured the coveted bronze honor in 2004 as a signal caller for the University of Southern California.