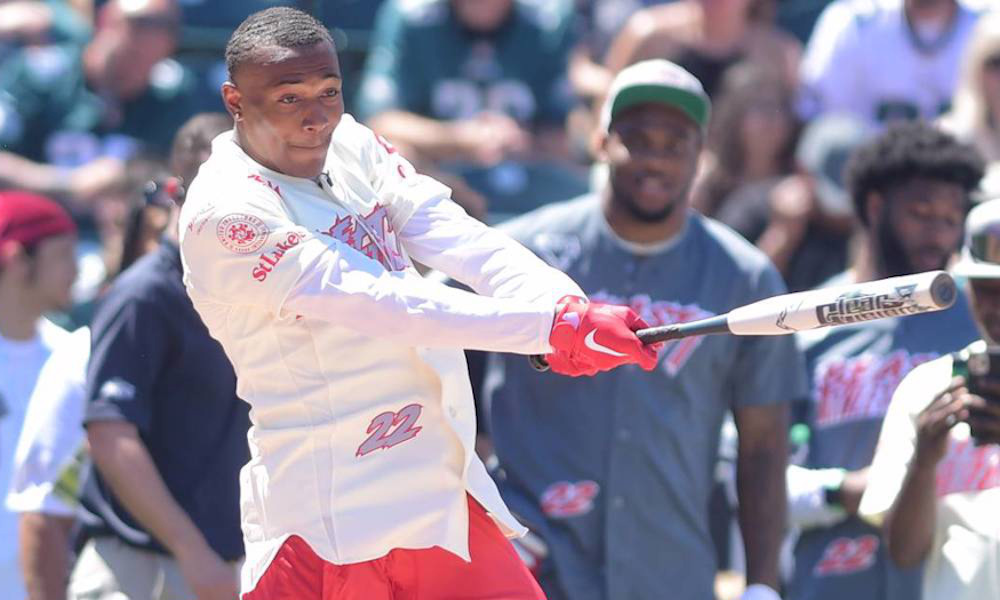 DeVonta Smith is an elite wide receiver, and Alabama fans saw it for four years.

He finished his career as a legend winning a Heisman Trophy, two College Football Playoff National Championships, All-American honors, and the Biletnikoff Award. Smith set school records for the Crimson Tide and got taken at No. 10 overall in the 2021 NFL Draft by the Philadelphia Eagles. He finished his rookie season by having the most receiving yards by a rookie (916) in franchise history. Smith totaled five touchdowns on 64 receptions and posted two 100-yard performances. He expects to be a star playmaker in the National Football League, but the Louisiana native is an even better person. We have witnessed several shootings in the last few weeks, and people are calling for change and togetherness in the United States as a whole.

Last week, Smith held a celebrity softball game in the Philadelphia community. Several of his former Alabama teammates supported and it bonded his teammates with the Eagles. His competitor, Micah Parsons, had a fierce roster too. The crowd in attendance enjoyed the level of peace, comfort, excitement, and entertainment Smith put together.

Some of the biggest names in the NFL participated in the event, making it electric.

S/O to the goat @DeVontaSmith_6 for the invite to his charity baseball game!! pic.twitter.com/buMwJLJ1EN

Smith, Jalen Hurts, and A.J. Brown are developing a connection in OTAs, but Hurts had the coolest moment in the softball game.

Jalen Hurts with the walk-off! 😎

All of the stars took pictures with fans, made videos with them, signed autographs, and Smith held a press conference with the media. He has never been a huge talker, and that is what made Smith such a valuable individual. He allows his actions to speak for him in football and life. Smith was fantastic for Alabama’s culture in Tuscaloosa, and he’s carried great values to the pros.

It is going to be a fun year in the fall watching him in his second NFL season.