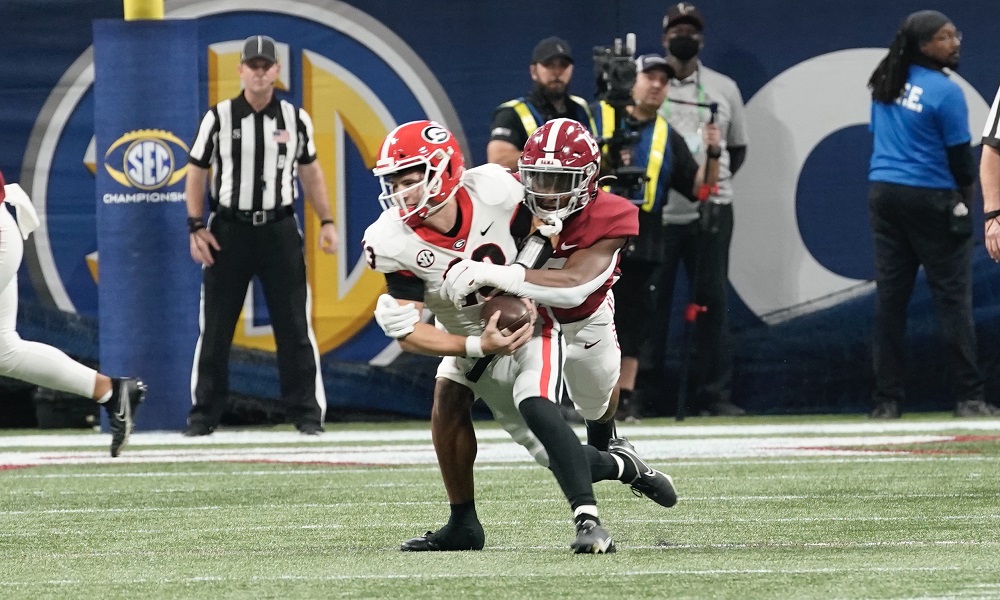 Dallas Turner was impressive during his freshman season for Alabama football.

As a South Florida native, he took the pressure off Will Anderson in creating sacks.

Turner wreaked quarterbacks to a tune of 8.5 sacks, 10 tackles for loss, and five quarterback hurries. He pushed himself to become an All-SEC Freshman Team and a Freshman All-American (Football Writers Association) selection. The 6-foot-4, 240-pounder is focused on doing more in the fall, and he’s drawn attention from one of the National Football League’s most elite sack specialists. Cameron Jordan, a former first-round selection of the 2011 NFL Draft, has spent his entire career with the New Orleans Saints. He is a seven-time Pro Bowl selection, a 2017 first-team All-Pro selection, and a member of the NFL 2010s All-Decade Team. Jordan recorded double-digit sack numbers in six of 11 seasons in New Orleans, including a career-high 15.5 sacks in 2019. He has watched Alabama’s spring game several times, and Turner is the player Jordan cannot take his eyes off of.

Turned on spring ball @AlabamaFTBL the edge, I think Dallas Turner. He got some go huh

Jordan said the sophomore “has some go” in his game off the edge. Turner appreciated the compliment, but he is not satisfied.

He looks forward to helping this Alabama defense become the most dangerous group Nick Saban has had since 2016.

RELATED: WATCH: Can Alabama football have two 1,000-yard running backs in the fall?

Turner looked good in 2021, but his best is yet to come. He has been training with Coach Javon Gopie, also known as the “Sack Sensei,” all offseason. Gopie said Turner has added more moves to his game. He is prepared to take his edge-rushing skills up.