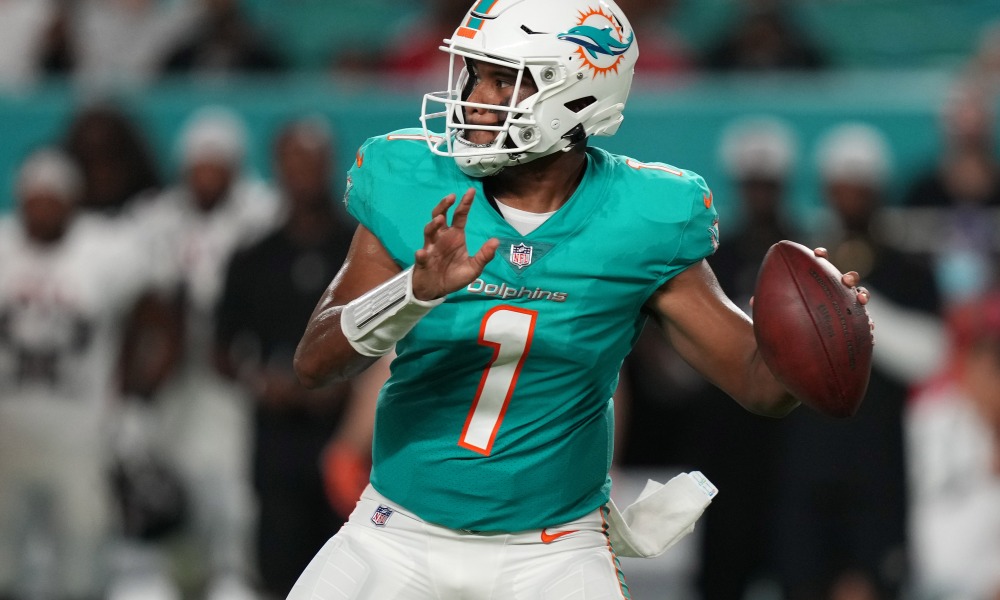 Chase Edmonds is the latest player for the Miami Dolphins at the defense of Tua Tagovailoa.

He has dealt with criticism in his first two NFL seasons, but now Tagovailoa has playmakers and a coaching staff that believes in him. Marquee sports media personalities, including Stephen A. Smith and Shannon Sharpe, ripped Tyreek Hill for his comments about Tagovailoa being more accurate than Patrick Mahomes. Smith told Hill to “stay off the weed” for this thought via ESPN.

Tagovailoa has heard the doubters and is ready silence them. According to Edmonds, he is assuring the Miami media that people will see the Tagovailoa from his days at Alabama football in the fall.

#Dolphins RB Chase Edmonds asked about his QB: “Tua gets an unfair judgement… I think he was put in an unfair situation the last two years… we’ve got weapons around him this year, it’s going to be a lot easier… you’ll see the Alabama version of Tua that people remember.”

“Tua gets an unfair judgment,” Edmonds said. “I think he was put in an unfair situation the last two years … we’ve got weapons around him this year, and it’s going to be a lot easier.”

RELATED: Alabama athletics to reconsider alcohol sales at events: What it means for football?

Mike McDaniel told Tagovailoa he’s committed to making him a star in the pros. He’s backed up his words with the moves he made in NFL free agency, NFL Draft, and hires made on his coaching staff. Tagovailoa looks happier now versus what he was in two seasons under Brian Flores. It will be entertaining to watch Tagovailoa doing his thing in his third season in the fall.