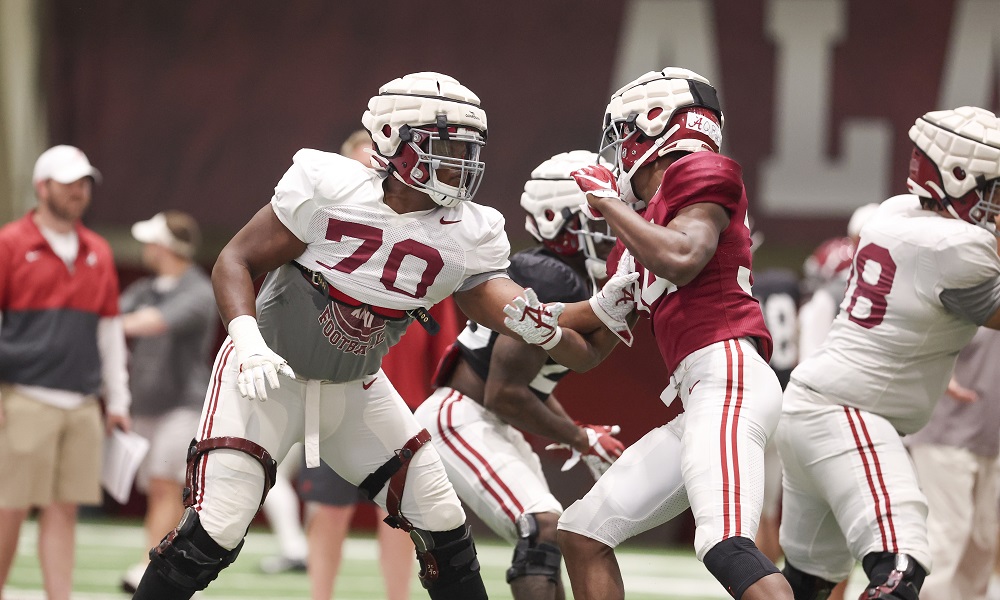 He eyes the opportunity of having a dominant junior season on Alabama’s offensive line, but Javion Cohen has also been collecting several NIL deals.

As a native of Phenix City, Ala., he has partnered with Cameo and Fan Arch. Cohen returns as the Crimson Tide’s starting left guard, but he has joined elite representation to market himself more.

According to his Twitter, Cohen is with Athletes First for NIL representation.

Coach Nick Saban continues to educate his players about the importance of creating value for themselves, but not allowing NIL to become the main thing. Cohen started 14 of 15 games in 2021, playing 1,073 snaps and having 21 knockdown blocks. He assisted Brian Robinson to 1,343 rushing yards and 14 touchdowns while protecting Bryce Young to 4,872 passing yards (single-season school record) and 47 touchdowns (single-season school record). Cohen’s protection helped Young become the first Alabama quarterback to win the Heisman Memorial Trophy. The 6-foot-4, 305-pounder looks for the Crimson Tide to have a much improved offensive front in the fall. Cohen is a two-time Southeastern Conference Champion and a national champion.