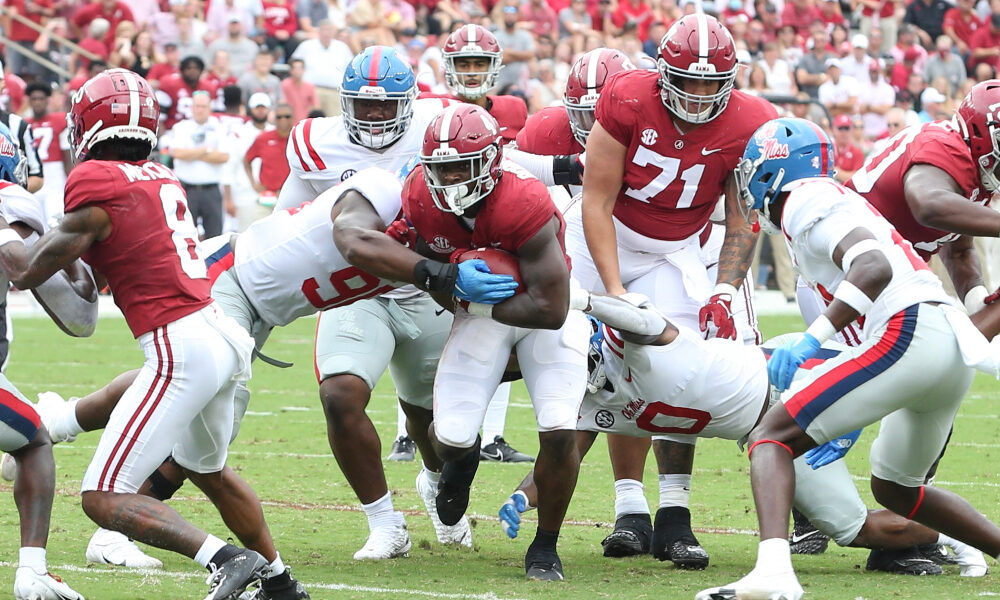 The Washington Commanders are enjoying what they have in Brian Robinson Jr.

As a third-round pick of the NFL Draft, the Tuscaloosa native has stood out in offseason workouts for Washington.

He looked noticeably bigger in rookie minicamp, OTAs, and mandatory minicamp. Robinson is battling two players, Antonio Gibson and J.D. McKissic, to get action on the field as a rookie. All three running backs have different skill sets, but Robinson is the “most natural” player at the position. Peter Hailey, a Commanders reporter for NBC Sports Washington, highlights Robinson as someone who can manipulate linebackers in pass protection and is drawing praise from running backs coach Randy Jordan.

Robinson is also showing more quickness in his cuts. He expects to be in the rotation with the starters this season.

He finished his career at Alabama tied for tenth in rushing touchdowns (29). Robinson posted his first career 1,000-yard (1,343) rushing season in 2021 with 14 touchdowns. He proved his skills as a receiver with 35 catches for 296 yards and two scores.

The 6-foot-2, 225-pounder split responsibilities in college as a back. He knows how to make the most of opportunities, and Robinson will excel in the NFL. He could become one of the steals from the draft if he works in moments in the fall.