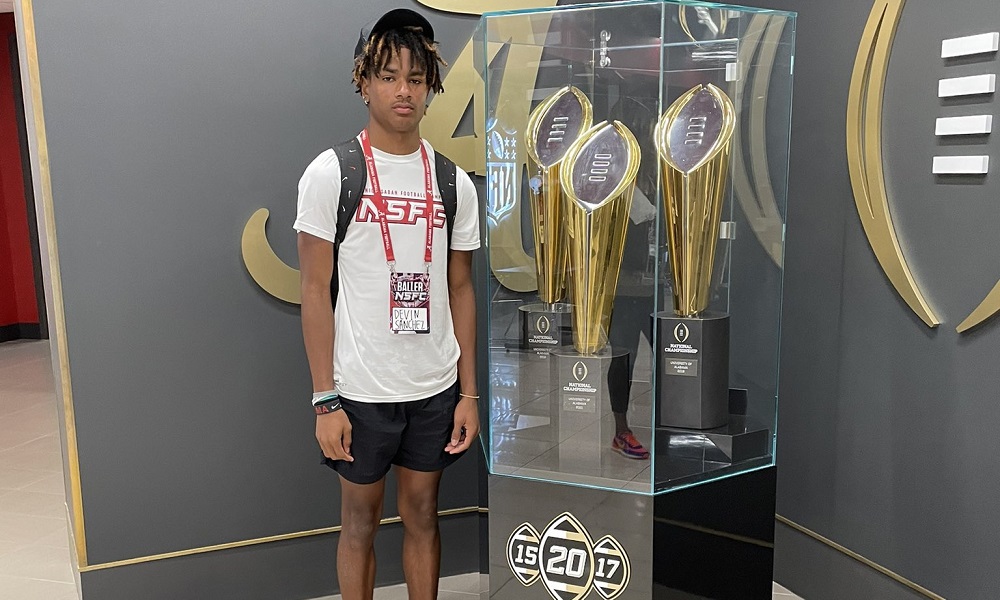 Devin Sanchez has seen his recruitment grow since picking up his first offer from UTSA in January.

Sanchez added to his offer list after he impressed Nick Saban and earned an offer from Alabama football Saturday while camping at UA.

The Texas product attends North Shore High School. Alabama is the 12th D1 program to offer the rising sophomore. Sanchez said he met with several members of Alabama’s coaching staff at the conclusion of camp.

“I talked to coach TRob (Travaris Robinson), coach (Coleman) Hutzler, pretty much the whole staff,” Sanchez told Touchdown Alabama. “I met with coach Saban in his office, and we talked. He gave me the offer, and my initial thought was dang, I just got offered by Alabama, a big-time school. It was surprising.”

Sanchez is not a stranger to Saban’s work as a defensive backs’ coach. He sees Saban’s willingness to offer him at this point in his recruitment as motivation. .

“Coach Saban is the DB whisperer,” said Sanchez. “His stamp on my ability says everything to me. I just want to get back to work and keep improving my game.”

Sanchez stands at 6-foot-2, and he weighs approximately 170 pounds. His length and impressive ball skills allow him to attack the football in coverage. Sanchez’s ability to turn and run with wide receivers is impressive for a defensive back his age.