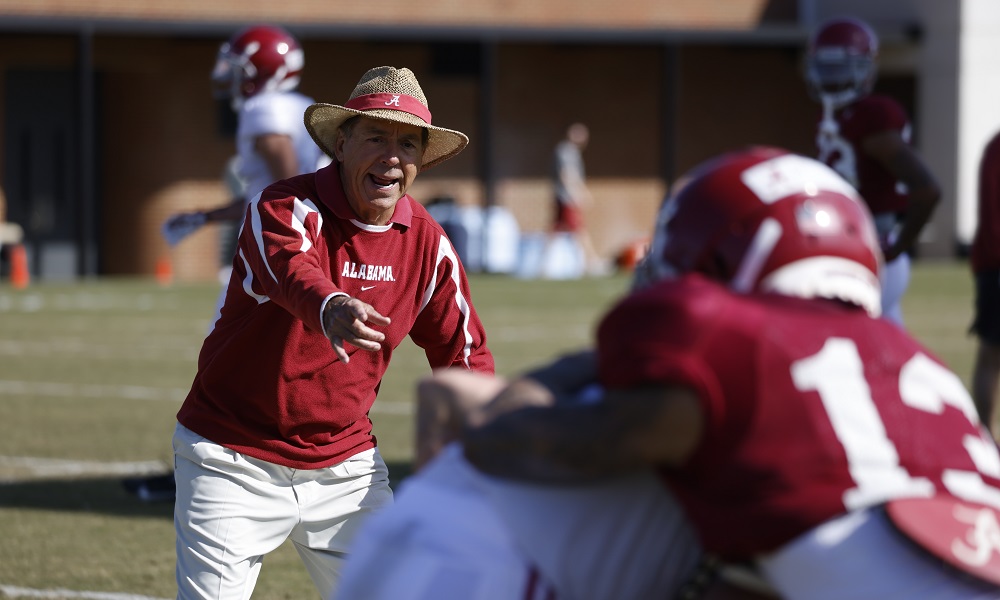 The name, image, and likeness culture is part of college football now.

Student-athletes are getting compensated by boosters and third-party collectives, and recruiting is affected.

How much is your NIL collective? How many NIL funds can I obtain from attending the program?

These are becoming the first two questions an athlete brings to a head coach or his primary recruiter. States like Texas, California, and Florida have been waiting for this opportunity. Texas has the oil money and billionaire business tycoons to dish out funds to secure the talent it wants. California has Hollywood and different forms of technology to attract prospects through NIL. Florida, especially Miami, has beaches and other attractions for recruits. The Hurricanes want to be relevant and competitive again.

Per reports, Miami secured a recruit (Jaden Rashada) for $9.5 million.

Rashada denied it via Twitter, but his lawyer confirmed the deal.

Want to Address this as rumors are flying around🚨: pic.twitter.com/1sLTfc1lw3

According to a different report, the Gators offered Rashada $11 million through its collective. In March, reports surfaced about the Tennessee Volunteers and five-star quarterback Nico Iamaleava. The speculation was Tennessee allowed him to make $8 million in NIL if he committed to the Volunteers, which he did. Does Alabama football now spend high for top recruits?

2023 QB Jaden Rashada has reportedly agreed to an NIL deal with Miami booster John Ruiz worth $9.5 million, per @On3NIL, believed to be the largest NIL deal to date.

The 4-star “turned down an $11 million offer” from Florida’s Gator Collective to commit to the U. pic.twitter.com/GgLFOGDSnz

Coach Nick Saban will have those athletes who choose the Crimson Tide because of education, tradition, winning championships, and becoming a first-round draft pick for the National Football League. However, more athletes are starting to fancy themselves as professionals from high school. It takes more to attract their attention to attend a school. Saban wants to compete, but does Alabama have enough to compete with Texas, Texas A&M, Miami, and schools on the west coast? It is why he had the conversation with his boosters on May 18 and tossed the comment about the Aggies “buying every player” in its 2022 recruiting class. Saban knows the type of capital Texas has, but he would like to see Alabama compete with it to stay afloat.

How much does Alabama have in collectives? How much is the Crimson Tide offering to recruits? Would it need to offer multiple millions to remain on top of college football?

All of these questions are concerns Tide fans have.

Saban knows he has to adjust with the times, but he wants to do it in a teachable manner where current players and incoming recruits get it the right way. NIL is here to stay, and several institutions are using it to better position themselves for competition.

How high does Alabama spend to compete? The powers that be for the Crimson Tide must figure it out.