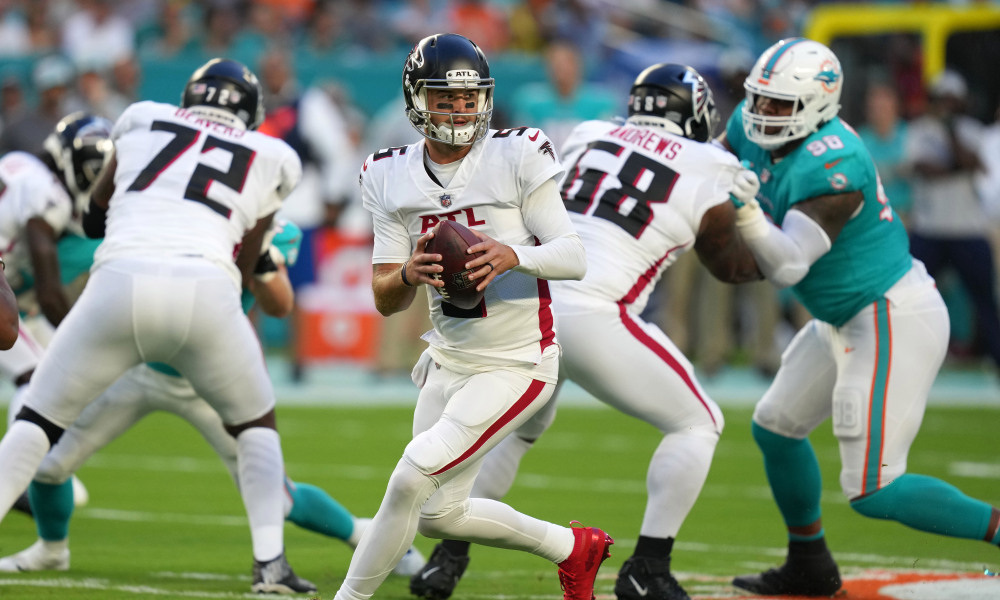 Injuries can be difficult to overcome in the later stages of any athletes playing career, especially in the NFL. But former Alabama quarterback AJ McCarron has put in the work to make a return to the pros after recovering from a torn ACL which forced him to miss the 2021 season.

During an appearance on “Good Morning Football” on Monday, McCarron shared that he has been cleared to play and has been working to get back into playing strength.

“I feel great,” McCarron said. “I was blessed to have a great team around me with Dr. (Lyle) Cain, our doctor at Alabama, and Kevin Wilk, who I did a bunch of my rehab with. I got cleared at four-and-a-half months out from surgery, so I’ve just been working on the strength and getting everything back normal, and I really feel great right now.”

McCarron suffered his injury during a preseason game against the Miami Dolphins while playing for the Atlanta Falcons. It was a non-contact where McCarron clutched his knee after handing the ball off to Qadree Ollison.

“I really feel for AJ McCarron,” head coach Arthur Smith said according to ESPN following the injury. “Any time something like that happens and it’s non-contact, it’s tough when you know what these guys put into it. I feel for AJ. We’ll obviously get the MRI to confirm but he’s heartbroken.”

McCarron had signed a one-year deal with the Falcons prior to his injury.

After being selected in the 5th round of the 2014 NFL Draft by the Cincinnatti Bengals, McCarron has spent time with a total of five other franchises throughout his career including stops with the Buffalo Bills, Las Vegas Raiders, Houston Texans and Falcons.

As he looks to continue his career with a potential sixth team McCarron feels as if he still has a lot to offer whatever franchise gives him a chance.

“I think I can always play,” McCarron said. “I’ve never questioned that. But I think if you ask anybody that’s been in the QB room with me, I’ve also been a fantastic teammate. Listen, whether it’s teaching a young guy or being there for an older guy, I love being a part of the room. I feel like I’m a good personality, great teammate and good energy to have around.

“But it’s also not my call, so I’m just sitting here enjoying being a dad and waiting on that phone call if it does happen.”