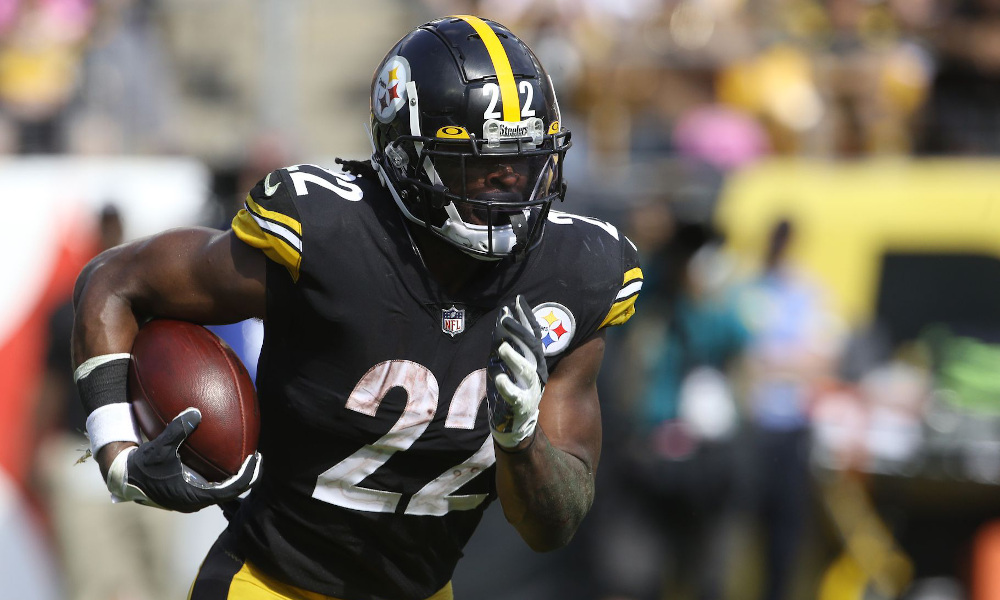 As a first-round pick in 2021, the Alabama football alum collected 1,200 yards rushing (fourth in the NFL), 467 yards receiving, and 10 touchdowns. Harris was the centerpiece of Pittsburgh’s offense and helped the franchise to the playoffs.

He is prepared to pound opposition at 244 pounds, but Steelers’ head coach Mike Tomlin sees more in Harris. During an episode of the Pivot Podcast with Ryan Clark, Tomlin called the California native a “born leader.” He loves the mentality Harris brings to the game and team at running back. Tomlin wants to continue to cultivate Harris’ leadership skills as a young player in the league.

Leadership is not an accident. @CoachTomlin dives into the intentional mentorship @CamHeyward is charged with in his relationship w/ Pitts next great leader @ohthatsNajee22

“Najee has good football morals,” Tomlin said. “He sees the game the way we see the game. He wants to be a part of what’s right, and that needs to be cultivated. Going back into last year, I challenged Cameron Heyward to help him grow in that way.”

Tomlin said he and Heyward have spent time with Harris in growing his leadership.

“We are not only doing this with our words, but with our actions,” Tomlin said. “Cam and I have opened our doors to this dude. We are showing him the way it is that we do what we do. That dude is a bell cow, and he’s going to be that for us.”

Tomlin values Harris as a player and a person. He was a two-time College Football Playoff National Champion at Alabama, and Harris grew into a leader under Nick Saban. The departure of Ben Roethlisberger to retirement opens the door for Harris to become the focal point of the offense. He is ready to take the next step as a Steeler, and having Tomlin’s support is huge for him.