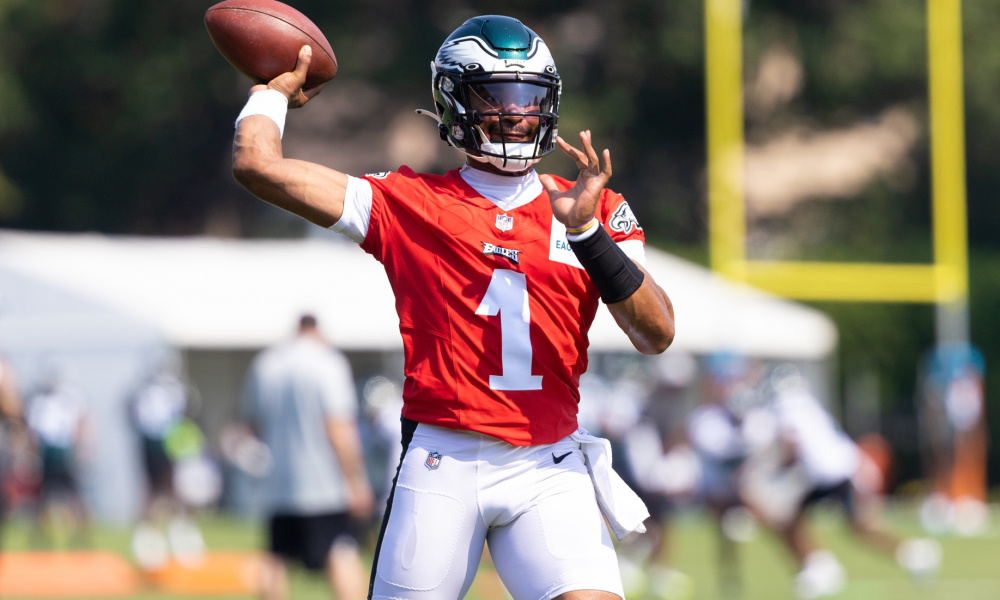 Eagles wide receiver AJ Brown came to the defense of his quarterback Jalen Hurts on Monday as he disputed reports of Hurts struggling during training camp.

The initial reports of Hurts’ difficulties came from a report from Eagles reporter Derrick Gun on the Sports Take podcast where he stated the team is “not very comfortable” with Hurts after evaluating him during the offseason camps.

Gunn stated that Hurts threw several interceptions during and was sacked multiple times during a team period. This is where Brown came down on social media and called out the report from Gunn and added his own context to the team period.

That practice stuff about Jalen is fake . Y’all tweet and believe anything. Like how can he get sacked on 7on7 and there aren’t any rushers. I believe water is above us . Believe that too and make a article about that too . This app is crazy 😂

Brown would later throw a jab at the report with his own summarization of a 10-play period.

In a 10 play series
Jalen threw 3tds to Me.
Donovan Mcnabb and T.O. fought the other 4 plays . Vince papale came out of retirement and had the other 3 receptions. #FlyEaglesFly