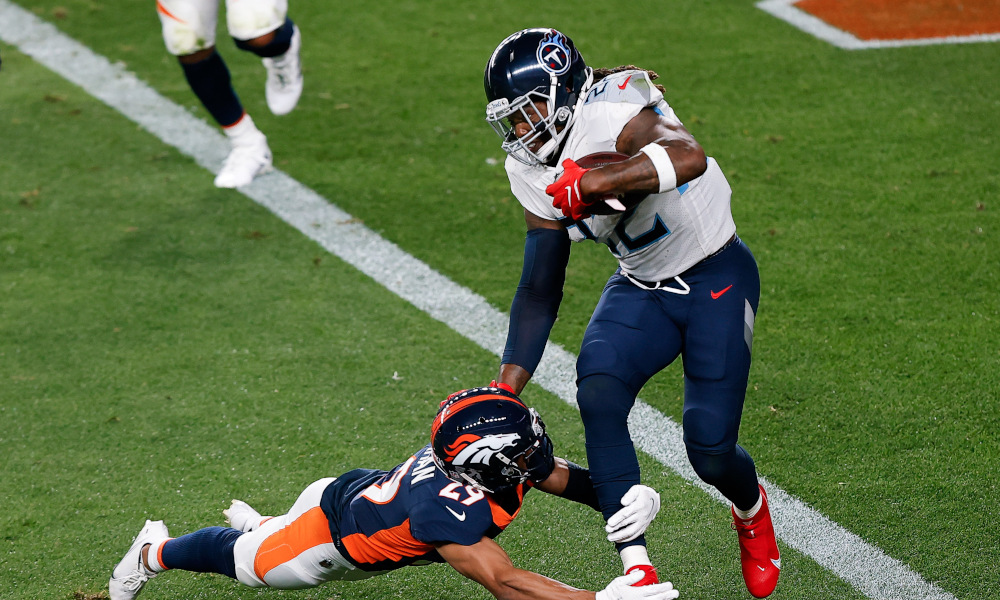 In college football its sacrilege to show fandom towards an opposing team’s player, especially when it’s a rival in the SEC.

But once he’s wearing NFL colors, things seem to change and that’s what happened with WWE legend Ric Flair and Derrick Henry. Flair, a Georgia fan, has turned a page with his appreciation for Henry after he was drafted by the Tennessee Titans where Henry has been one of the best running backs in the league over his career in the pros.

Flair shared that despite his hatred for Henry when he played for the Crimson Tide, he has turned into his favorite player in the league.

“My favorite player in the NFL right now is Derrick Henry,” Flair said. “I hated him at Alabama but I love him here.”

.@RicFlairNatrBoy said his favorite player in the NFL is @Titans RB @KingHenry_2. pic.twitter.com/giv4JOMe3b