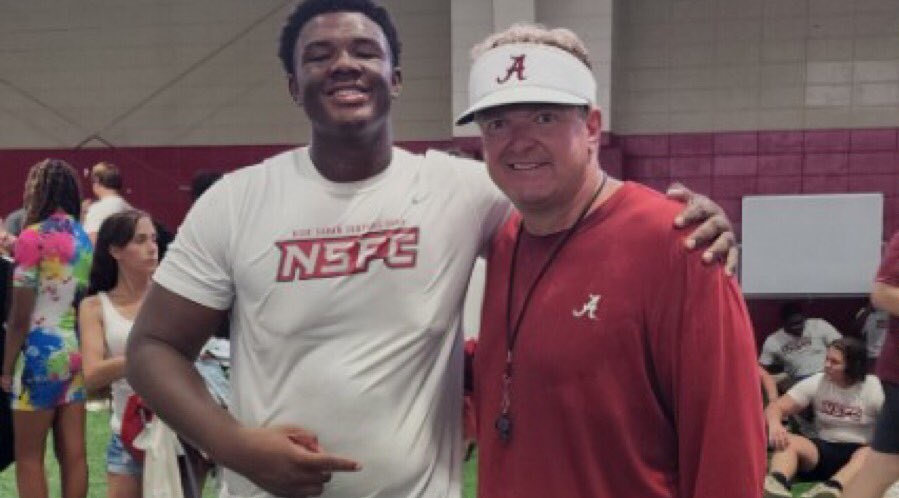 Franks attends Greenville High School in South Carolina, and he is a member of the 2024 recruiting class. He currently holds 10 D1 offers after picking up an offer from the Crimson Tide Monday. The rising junior said his offer from Alabama caught him off guard.

“I was surprised, to be honest,” said Franks. “I did not think I would get an offer from Alabama. I love what coach Saban has built, and I love the words they have built their program’s base on.”

Saban told Franks multiple members of Alabama’s coaching staff were impressed with his performance at the conclusion of the camp.

“He said the coaches loved me, and he loved my growth from fall to now,” Franks said. “He also said he loved my performance from the camp.”

Alabama’s offensive line coach Eric Wolford had an opportunity to instruct Franks during the camp. The South Carolina product told Touchdown Alabama he ‘loved the new drill’ Wolford introduced him to which helps with teaching linemen what they need to do to get even.

At 6-foot-5 and approximately 310 pounds, Franks primarily lined up at guard as a sophomore. He displayed an ability to finish blocks and be an effective run blocker during the 2021 football season. Like most rising junior, he has plenty of room to grow this upcoming season, and he has the potential to grow into a versatile offensive lineman.