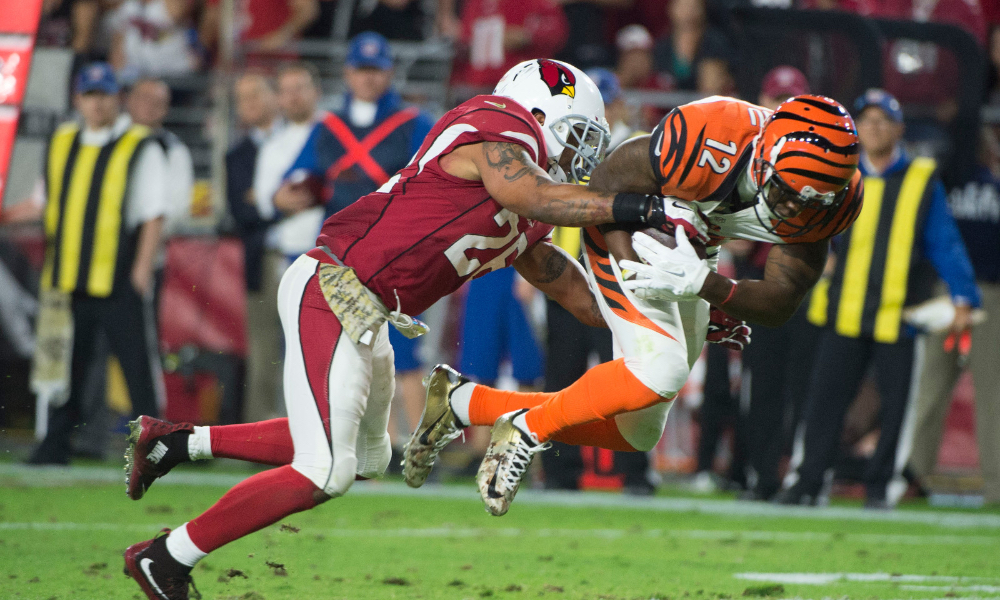 The Arizona Cardinals and Kyler Murray agreed on a massive five-year $230 million contract extension but the news that made every headline was the “independent study” clause put in the deal.

Murray was required to complete “four hours of independent study” during game weeks and that he would not receive credit for the preparation if he “is not personally studying or watching the material while it is being displayed or played.” The clause insinuated that Murray was not putting in the proper preparation between game weeks despite the team signing him to the long-term deal which resulted in Murray responding to his own critics during a press conference.

“I feel it’s necessary, you know, with what’s going on regarding me and the things that are being said about me,” Murray said. “To think that I can accomplish everything that I have accomplished in my career and not be a student of the game and not have that passion and not take this serious is disrespectful, and it’s almost a joke.
“To me, I’m flattered. I want to say flattered that you all think that at my size, I can go out there and not prepare for the game, and not take it serious. It’s disrespectful, I feel like, to my peers, to all the great athletes and great players that are in this league. This game is too hard. To play the position that I play in this league, it’s too hard.”
The contract news sparked a good deal of controversy and reactions which included former Alabama and Arizona Cardinals defensive back Rashad Johnson showing his own displeasure.

A FLAT OUT JOKE but really who’s surprised w/ the azcardinals that really know the organization. https://t.co/jM0110kLhi

Johnson played for Arizona from 2009-15 giving his comments that much more weight when speaking on the inner workings of the franchise.

Arizona later announced that the addendum was removed from the contract citing in a statement that it caused an unnecessary distraction.
“After seeing the distraction it created, we removed the addendum from the contract,” the team statement read. “It was clearly perceived in ways that were never intended. Our confidence in Kyler Murray is as high as it’s ever been and nothing demonstrates our belief in his ability to lead this team more than the commitment reflected in this contract.”