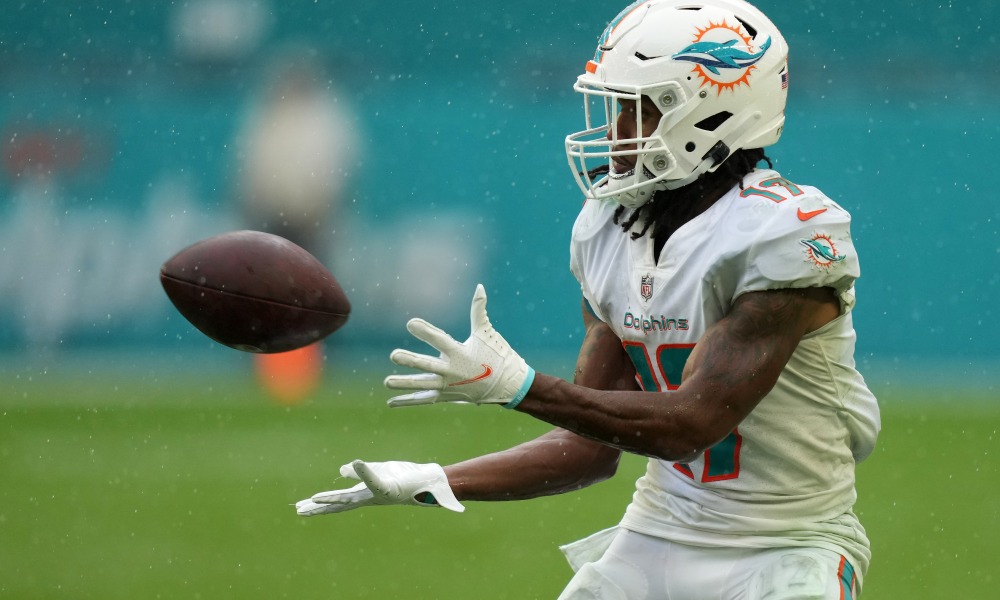 Since he was traded to the Dolphins back in March, Tyreek Hill hasn’t shyed away from hyping up his teammates leading into training camp. Hill has showered support onto his new quarterback Tua Tagovailoa as he regularly calls him the most accurate passer in the NFL.

Now, Hill is raising attention to his wide receiver counterpart in Jaylen Waddle.

Waddle, who was Miami’s first round draft pick a year ago, broke the NFL rookie receptions record and is poised to take the next step in his career alongside Hill as one of the dynamic receiving corps in the league.

Hill was asked earlier this week about what he and Waddle will be able to accomplish against opposing defenses and the former Super Bowl champion didn’t mince words saying the two will strike fear into the opposition. He also shared that Waddle is fast than he originally thought and coming from a speedster like Hill isn’t something defensive coordinators would like to hear.

“Oh they’re scared s—less,” Hill said to reporters on Thursday. “I’m going to tell you what. ‘J. Dub’, he’s faster than I thought. When I first got here, I was like, okay he’s a 4.3 because typically when you see 4.3 guys, they don’t run as fast on a football field. But ‘J. Dub’ — like he actually runs a 4.3 on the football field. There’s a difference, right?

“So like I said, I’m very excited for the season. I can’t wait to see him blossom and continue to move his game forward, which I know he will because he comes out here every single day and he works hard and he wants to get better.”

Hill is one of several new additions to Miami’s roster who hopes to make a return to the playoffs for the first time since 2017.