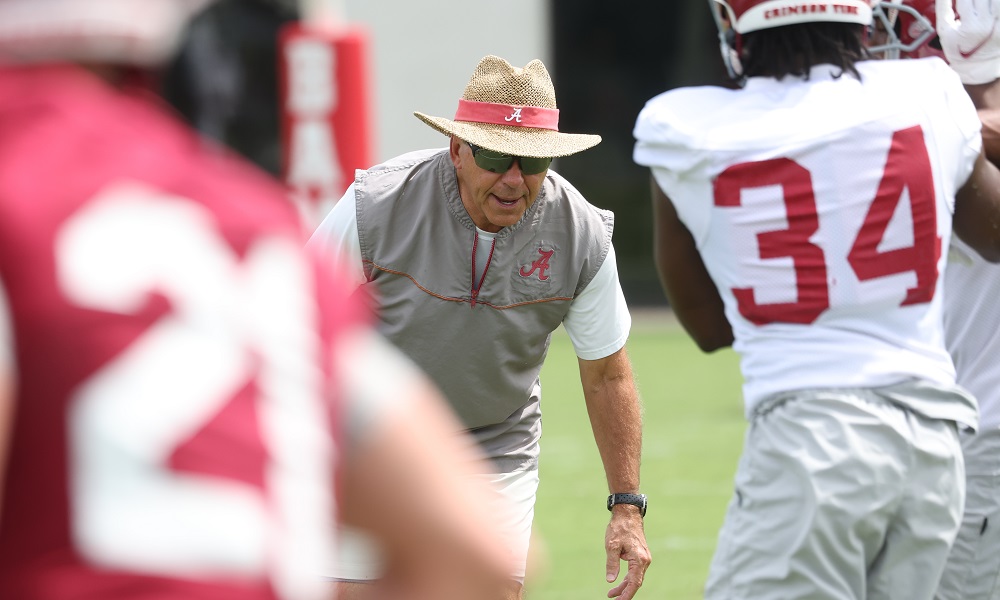 When the clock hit triple zeros in January, the confetti that ran down from Lucas Oil Stadium was for Nick Saban’s pupil.

Kirby Smart delivered the Georgia Bulldogs to its first national championship in 40+ years, taking out his teacher.

RELATED: Nick Saban explains the advantage Alabama has with Pete Golding and Bill O’Brien back

Alabama’s defense did all it could, but its offense could not get into a rhythm. The Crimson Tide replaced a lot from its undefeated national title team in 2020, and it showed with the youth that had to play critical roles last season. Alabama had a new starting quarterback, a new starting running back, new starters at wide receiver, different players on the offensive line, and new starters on defense. The Tide managed to win 13 games, a Southeastern Conference Western Division crown, an SEC Championship, and a Heisman Trophy winner, but it was not up to the program’s standard. Coach Saban stated Wednesday that 2021 was a “rebuilding year” for the Tide. His comment has national media going crazy, and some took shots at him. Saban defended his point by doubling down on his statement in Thursday’s presser after fall practice. He left one marquee message for reporters.

“I don’t think our standard is like anyone else’s,” Saban said.

“When you have a lot of young players playing, you actually have to rebuild so those guys can get the experience they need and play to the level you want them to. I don’t understand what is so hard to understand. The point being, we were young. We should have nine starters back on offense and nine starters back on defense. That is the point I was trying to make. Six guys went out for the draft, so as we usually have to do, we have lots of rebuilding for this season. That is the point I was making.”

Saban’s point is valid when one looks at Bryce Young as a first-year starter, Brian Robinson as a first-year starter, John Metchie as a No. 1 receiver, Jameson Williams came over as a transfer, new faces were on the offensive line, and some defensive players had to grow into roles. However, people expect Alabama to win regardless of the circumstances. Coach Saban expects his players to compete with relentless fire.

The Tide has more experience back than last season. A national championship is a mindset, and the team is pursuing the mentality in preseason camp.