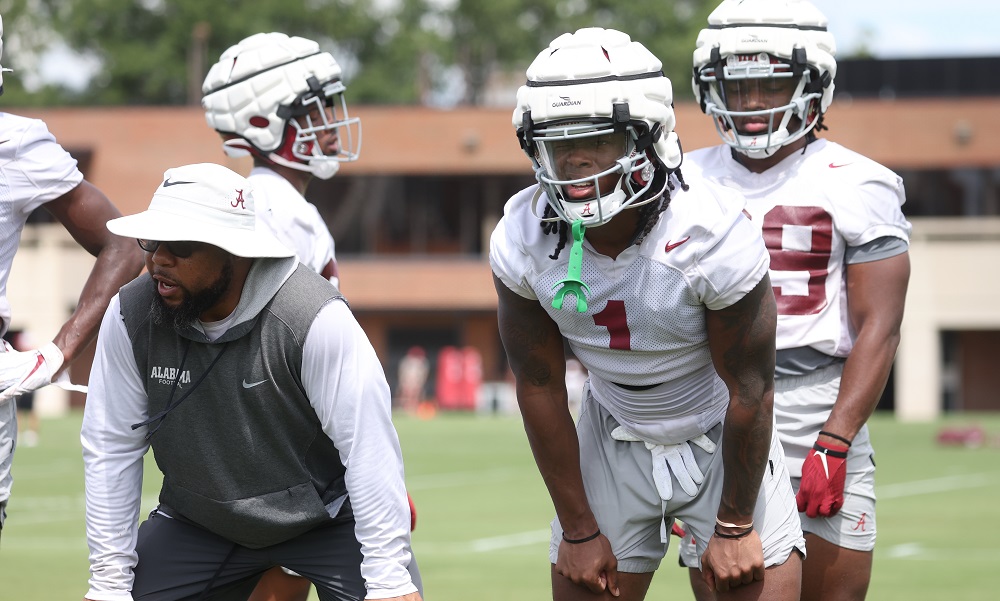 When it comes to experienced linebackers in college football, you won’t mind many who have exceeded the mileage of Alabama linebacker Henry To’oto’o.

After beginning his career at Tennessee where he played two seasons in the SEC East, he jumped over to the SEC West joining the Crimson Tide for the 2021 season where he was able to help lead the team and defense to a national championship game. In his time To’oto’o has guarded some of college football’s best running backs, but with that being said he believes that Georgia Tech transfer Jahmyr Gibbs is a different animal.

When speaking with the media on Friday, To’oto’o shared that even with all of the talented players he went up against across his career he’s never had to guard a running back quite like Gibbs.

“Jahmyr’s been doing great,” To’oto’o said. “So fast, so elusive, gets in and out of his cuts so quick. I’ve never guarded a back like him before. So being able to see that for me has been so helpful to me because it lets me know how I can work on my game. But Jahmyr’s been great. Our whole entire running back room’s been great. We’re really deep in that room. So being able to have guys like that, back-to-back punches, is going to be huge for us.”

Since transferring to Alabama back in December, Gibbs has been a player the Crimson Tide has been eager to get integrated into the offense and for good reason.

During his career as a member of the Yellow Jackets, Gibbs was a dynamic three-down back where he tallied a combined 1,206 rushing yards, 773 receiving yards and 13 total touchdowns across his two seasons. He was able to flash a bit of his ability during Alabama’s spring game in April where he took a carry 75-yards for a touchdown, which is just one facet he hopes to add to the offense.

Head coach Nick Saban kicked off the praise and enthusiasm of the addition of Gibbs during SEC Media Days in July.

“He’s an outstanding player,” Saban said. “He’s a very mature person. He’s got great work ethic. He’s very talented from an ability standpoint. He’s got speed. He’s a really good receiver. He does a great job of pressing holes and getting the defense to commit to things and making a cut and gets to top speed very quickly, which are all tremendous assets for a running back.”

Running back is expected to be one of the deepest positions on the team as Gibbs will be paired with returning prospects like juniors Jase McClellan, Roydell Williams and Trey Sanders who all saw carries during the 2021 season.

Offensive coordinator Bill O’Brien will have his work cut out for him trying to figure a proper rotation for the backfield but at this point in time it’s not a bad problem to have.