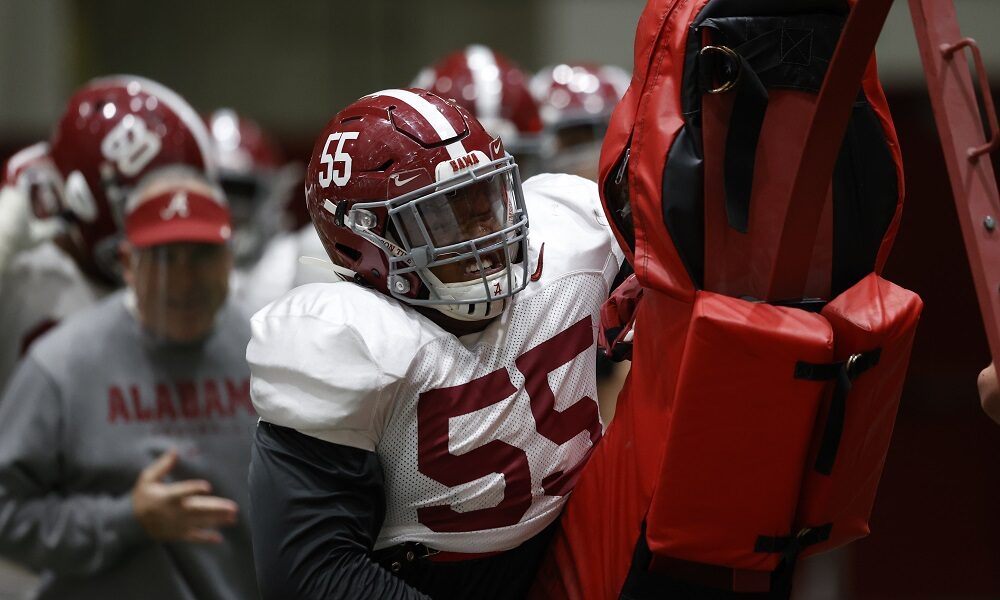 Unlike years past, Alabama was able to retain a good portion of its coaching staff following its national championship loss to Georgia. But one position coach that was swapped out during the offseason was offensive line coach Doug Marrone who left to pursue other opportunities in the NFL.

Stepping in to replace Marrone was Kentucky offensive line coach Eric Wolford who had a long history of success in the SEC prior to joining the Crimson Tide.

Wolford has been working with the unit since the spring which has provided the players on the team to get a feel for the new coach. Alabama senior offensive lineman Emil Ekiyor spoke with the media on Friday and explained the difference between the two coaches to this point.

“Two completely different guys,” Ekiyor said. “Coach Marrone came from the league. He was a head coach. Coach Wolford was an offensive line coach in college at Kentucky, so that should just tell you right there like the NFL mindset and the college mindset, the relationships and all that kind of stuff.

“I ain’t gonna go into too much detail but it’s been a positive change with Coach Wolford.”

Marrone took over the offensive line duties in 2021 replacing the former in Kyle Flood (Texas), and the Crimson Tide struggled with inconsistency throughout. The unit had to replace three key starters from its national championship season in 2020 but never quite built consistent chemistry.

It’s clear that the struggles needed to be addressed and Ekiyor believes that Wolford’s energy and philosophy will help the line make the necessary improvements to make a run at a championship in 2022.

“Coach Wolford’s been great,” Ekiyor said. “He’s brought great energy, great philosophy. He really knows what he’s doing protection-wise, creating angles for us in the run game. I think it’s going to be a big year for us as an offensive line, just the new ideas and just the mentality that we have going into this year.”