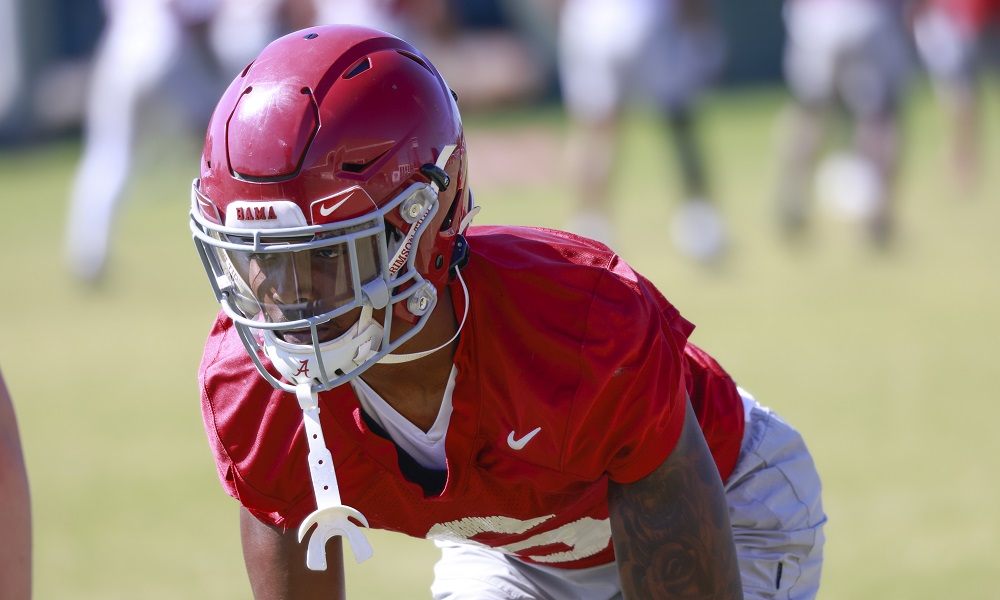 Alabama completed its first scrimmage of fall camp on Saturday without one of its experienced cornerbacks.

Nick Saban shared in his press conference following the scrimmage that senior cornerback Khyree Jackson was held out with a groin issue that isn’t expected to be serious.

“Khyree is out so he didn’t participate today with a little bit of a groin injury,” Saban said. “Hopefully it won’t keep him out long.”

Jackson, who appeared in 12 games last season which included starting the national championship game, is entrenched in competition at corner with several other players eyeing the starting spots.

Saban reported that Kool-Aid McKinstry “did OK”, redshirt freshman Terrion Arnold has done well in camp and LSU transfer Eli Ricks is still learning the playbook at this point in time. He also added that the team has moved freshman Antonio Kite to cornerback which Saban believes is a “natural position” for him.

Although Jackson’s injury isn’t expected to be serious, the list is piling up of Crimson Tide players who will be missing time. At the start of fall camp, Saban shared that tight end Cameron Latu (knee), wide receiver Aaron Anderson (knee), defensive back Earl Little and offensive linemen Isaiah Hastings and Elijah Pritchett would all miss some time with injury.

The most serious injury on Alabama’s roster was suffered by sophomore wide receiver JoJo Earle who suffered a fractured foot during practice. Earle is expected to miss 6-8 weeks with the injury.