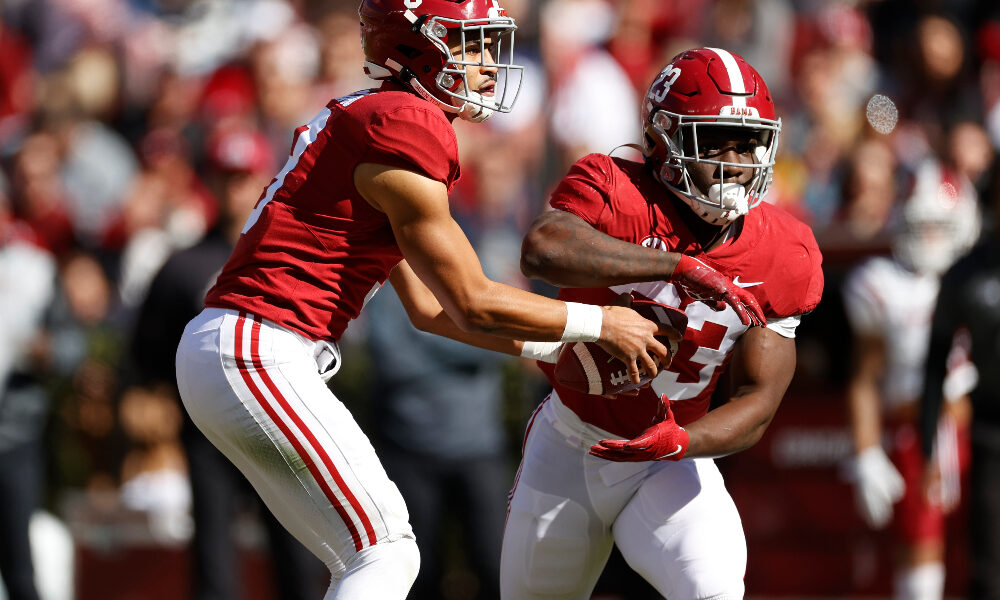 Following senior defensive lineman DJ Dale, up next is running back Roydell Williams.

In 2021, Roydell Williams saw the most extensive playing time of his career at Alabama appearing in 10 games during a torrential season in terms of health at the position. During his appearances, he was able to show why he was heralded as a four-star recruit and one of the top players from Alabama in his class.

Through 10 games, Williams carried the ball 48 times for 284 yards and one touchdown which he took 55-yards against Southern Miss. He also posted the best game of his career against the Golden Eagles rushing for 110 yards.

Unfortunately, he wouldn’t be able to finish the season as he sustained an injury against New Mexico State, continuing Alabama’s rough track record of injuries.

This season, Williams will need to fight for every carry he gets as the Crimson Tide returns a loaded backfield that includes Trey Sanders, Jase McClellan and Georgia Tech transfer Jahmyr Gibbs.

All four backs could potentially see carries throughout the season but Williams could carve a role as the more physical back of the bunch. Alabama lost leading rusher Brian Robinson a year ago who was an asset as a physical back that Williams could likely provide to Bill O’Brien’s offense.