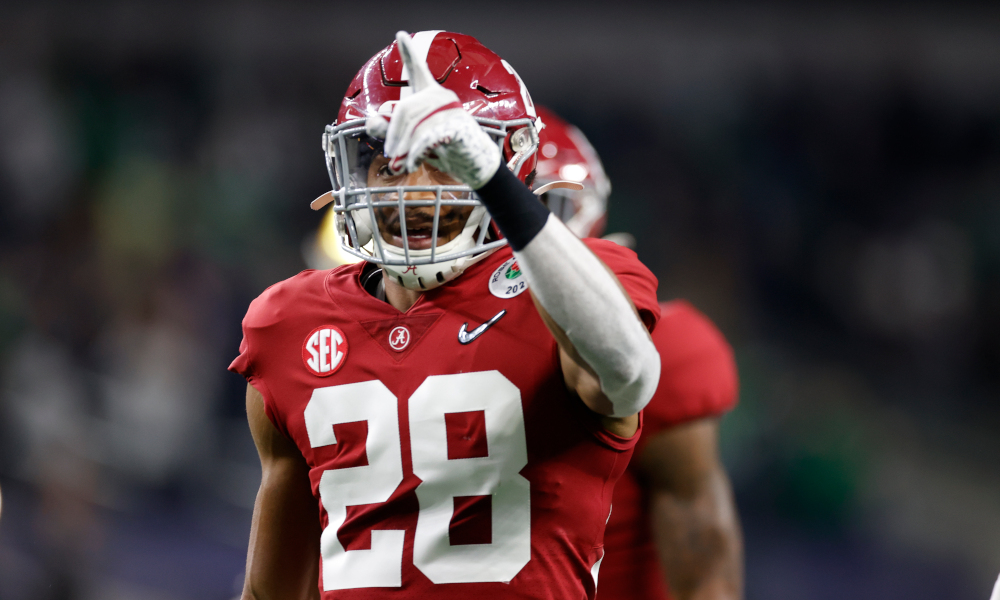 A toe injury limited his production for Alabama in 2021, but Josh Jobe received great news Tuesday.

As a Crimson Tide alum, the South Florida native made the 53-man roster for the Philadelphia Eagles. He did not get selected in the recent NFL Draft, but Philadelphia signed him as an undrafted free agent. Jobe pushed hard in the offseason and performed well enough in training camp to earn a spot on the team. According to the Eagles’ Twitter account, Jobe made the roster.

He came to Alabama in its 2018 signing class as a four-star.

Jobe had a good season in 2020, posting 55 tackles, 2.5 tackles for loss, two sacks, and 11 pass breakups. He assisted the defense to an undefeated College Football Playoff National Championship. Jobe was on three Southeastern Conference Championship teams. He brings toughness, athleticism, and press coverage skills as a cornerback. We will see how he performs in the pros.